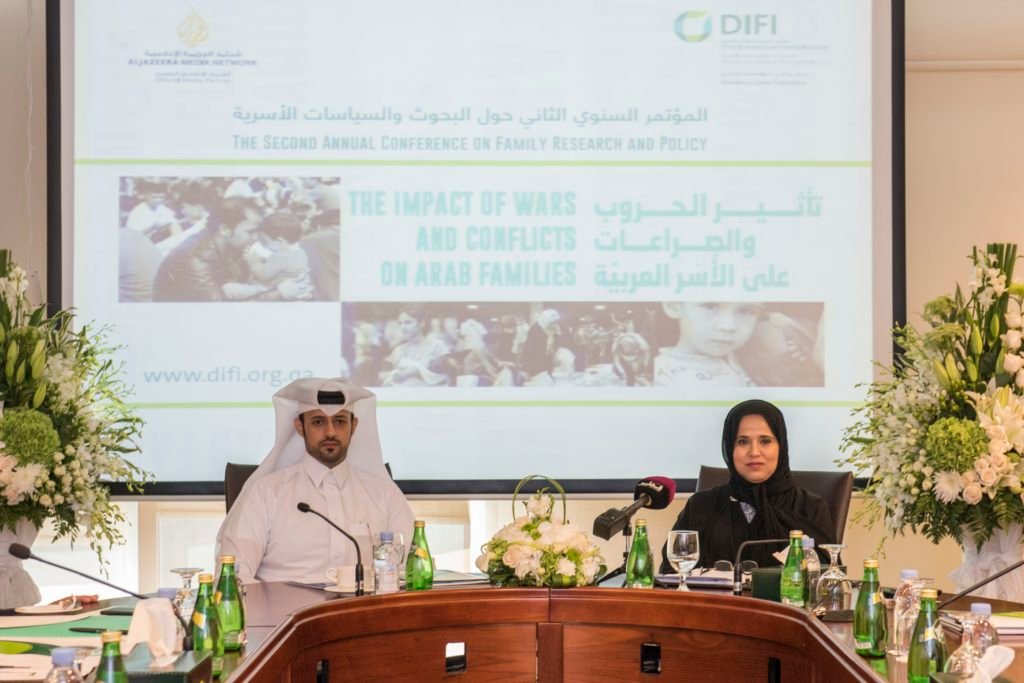 Doha International Family Institute (DIFI) has announced that Al Jazeera Media Network (AJMN) will be its official media partner for the Second Annual Conference on Family Research and Policy, which will address the theme of ‘The Impact of Wars and Conflicts on Arab Families’.

Having awareness of both parties of the multilayered impacts that war and conflict within the Arab region have on Arab families. With a shared interest in media coverage of human stories, DIFI and AJMN are working together to promote and emphasise the critical role research and policy discussions can have in helping secure a safe and prosperous future for war-torn families in the region.

The conference will host a panel session, through which three expert correspondents of Aljazeera will share their on-the-ground experience in war and conflict zones in the Arab region. According to organisors ‘These first-person accounts will add great value to the debate and to the conference.’. The AJMN panel session titled, ‘Witnesses to the Human Story’, will take place on 17th October, from 1pm – 2.30pm, after the keynote presentation.

Al Jazeera news anchor Ghada Oueiss is one of the moderators in one of the Plenary session. Oueiss, a Lebanese presenter at Al Jazeera since 2006, has been reporting from Syria among other places during current conflict is in Plenary Session II ‘The Roles and Experiences of Non-Governmental Organizations’ taking place on 18th October, from 9am – 10.30am. Among participants are international and regional civil society organisations including ‘Save the Children’, ‘Qatar Red Crescent’ and ‘Amel Association International’.

Ms Noor Al Malki Al-Jehani, DIFI Executive Director said “We are delighted to be partnering with Al Jazeera Media Network for our Second Annual Conference on Family Research and Policy. At DIFI we aim to bring everyone to one platform to enable discussion, to investigate the role of research and policy, and to ultimately promote the well-being and protection of Arab families.’ She said ‘Al Jazeera has witnessed first-hand the devastating effects of conflict on Arab families and will help us to provide unparalleled insight for delegates and tangible evidence of the issues to be addressed.”

AJMN Director of Brand, Marketing & Communications Division, Mohammed Al-Rumaihi, said: “Al Jazeera Media Network is honoured to be the official media partner of such a significant conference, highlighting the current humanitarian plight of families within, or escaping from, war and conflict zones within the Arab region. Through this partnership, the network is intent on reinforcing its focus on the human story within its news coverage.”

AlJazeera Documentary film ‘Syria: No Strings’ will be screened on day two. A photo gallery ‘Scenes of War and Conflict: Arab Families in Focus’, a photo gallery by Al Jazeera photographers will be on display throughout the conference to highlight the plight of war-torn Arab families. The conference will be covered live and aired on Al Jazeera Mubasher.