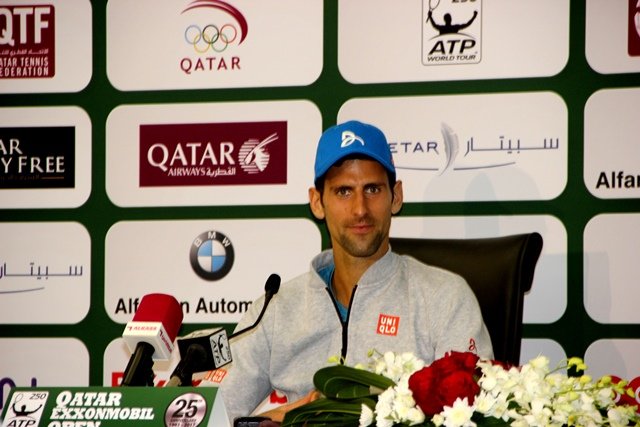 Fernando Verdasco (Spain), World No. 42 & Novak Djokovic, Serb, World No. 2 Tennis players had an extremely sensational game in their Semi-Final match in Doha. Verdasco held five match points during the second-set tie-break, but Djokovic managed to escape from 2-6 down to take it 9-7. However, Djokovic snatched the third set 4-6, 7-6, 6-3 to claim his victory to reach in the finals. Their match last for long 2 Hours & 22 Minutes.

In his remarks, Djokovic praised and lauded Verdasco performance and regarded as unfortunate to lose a winning game.

In other game between Andy Murray and Tomas Berdych (Spanish), Andy beat his opponent by 6-3, 6-4 to reach in final being played tomorrow on Saturday evening, Qatar local time. It is to note that Sir Andy Murray has reached 4th time in Final of Qatar ExxonMobil Tennis Open.