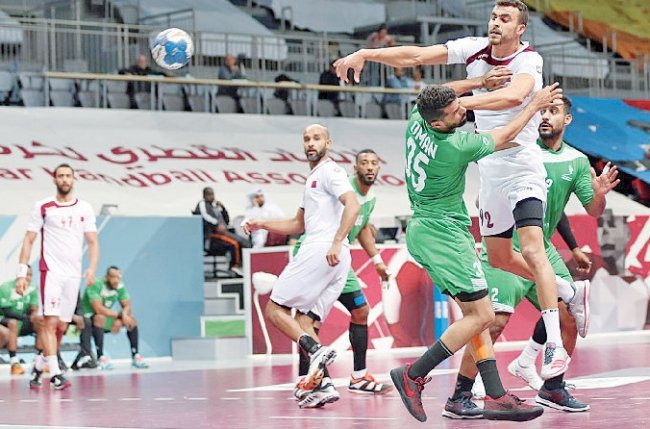 This win is the third for the Qatari team in the tournament, where the team won the first match against Algeria 40/21 and the second match against the Iranian team 33/28 to score (6 points), confirming its readiness to defend the title in the Asian Championship which will be held in Korea from January 18 to 28, qualifying for the World Cup in Germany and Denmark in 2019.

Iran finished second after beating Algeria 31/28 in the second match, and ended the first set with a 12-12 draw. Iran won therefore 4 points and was ranked second, while Algeria finished third with two points and Oman fourth with no points.

The international friendly tournament is the last phase in the preparation of the Qatari team for the Asian Championship, who will play in the fourth group against Saudi Arabia, China and New Zealand, while the first group includes Japan, Iran and Iraq, the second group Bahrain, Oman, Australia and Uzbekistan, and the third group, South Korea, UAE, India and Bangladesh.