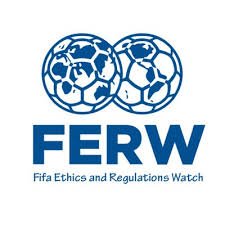 FIFA Ethics and Regulations Watch (FREW) called on Monday for a suspension of the Saudi Football Federation membership following the results of an investigation into the recent elections of the federation’s board of directors which witnessed flagrant government and official interference.

The independent, Swiss based organization said a in a press release circulated to the press today, that it has carried out an investigation on the Saudi Football Federation international elections which lasted for a year. The investigation concluded that the elections was meddled with violations that are in contradiction with the FIFA laws and rules.

FREW added that the Saudi Federation election failed to meet the integrity and transparency needed. For instance, top country official in KSA managed to put Adel Ezet as chairman of the federation instead of Ahmad Eid.

Top officials included princes and government seniors who affected the elections and even deprived voters such as local clubs from voting. They even ordered some others to vote for a certain candidate.

In the meantime, FREW urged the FIFA to investigate the accusations against the new federation chairman, Adel Ezat on the fact that he received an official support from the “Public Saudi Sports Commission” which qualified hum to win against his opponent.

The organization added, “the governmental and political support of candidate is “scandalous” and affects the impartiality of the entire process. Political systems and entities should refrain from affecting such elections. Thus, FIFA must announce that this elation was “fraud” and it has to be re done again.

Frew explained that some of the candidate for the Saudi Football Federation objected to the appointments of special committee concerned with the supervision of the elections, such as Khalid Bansir.

FERW concluded that the election outcome is in contravention to the FIFA rules which reject any governmental interference as of the Article 3, item 1.