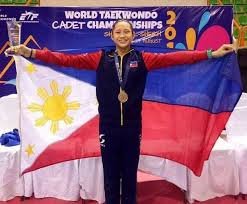 Alcantara, Grade 7 student of Living Stones International School here, won the gold medal in the under 44 kg. category and also bagged the Most Valuable Player award.

She beat top-rated players from India, Italy, and Ukraine in the quarterfinals, faced Tunisia in the semi-finals, and defeated Russia in the finals.

At the Capitol, Alcantara met with Governor Alfredo Marañon, Jr. and attended the Provincial Board session, during which she received a resolution commending her for bringing pride to the country and the province.

Alcantara will receive a cash incentive of PHP 50,000 from the provincial government