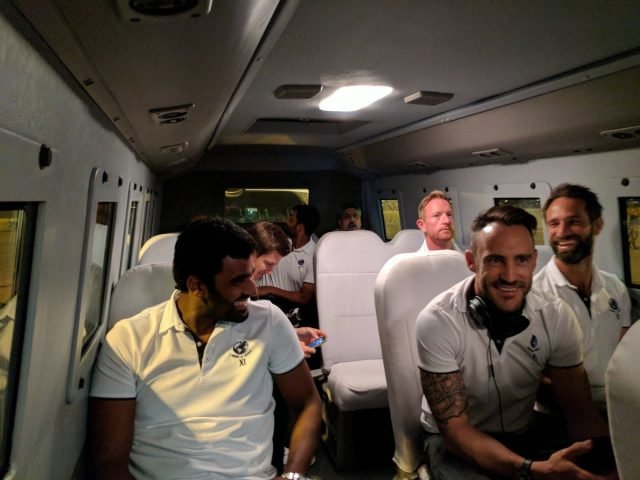 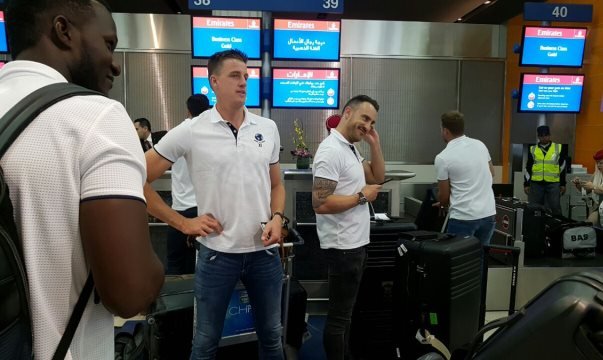 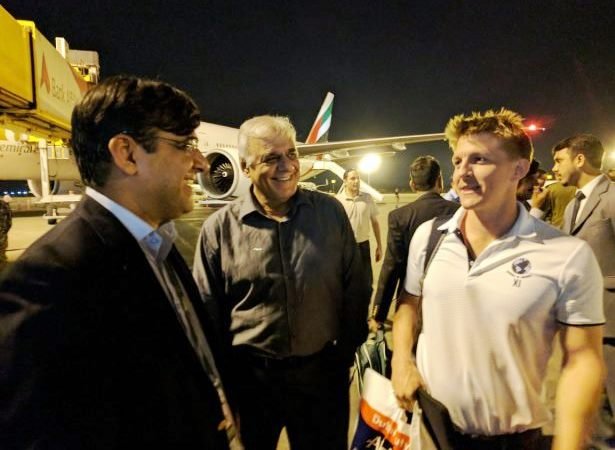 Andy Flower, the World XI coach and former Zimbabwe captain said “It’s great to be here.”  “We are looking forward to seeing a lot of you watching the great cricket that we are going to put on show and we had a warm welcome already.”

“I hope international players will take back good memories from Pakistan,” he said.

World XI captain Faf du-Plessis said that it is an honour for him to play in Pakistan. “I am thankful to Pakistani cricket fans and people for so much love and respect,” he added.  “It is a moment of pride for me to captain World XI,” he added.

Pakistanis celebrated the return of international cricket at home with the arrival of players from seven countries for a tournament, following a long pause over security concerns.

From airport, World XI team members were taken to hotel under tight security.

Since 2009, when Sri Lankan team was attacked by terrorists in Lahore, its only Zimbabwe team which toured since then. Pakistan sources blame Indian intelligence agency involvement in terror attacks in Pakistan.

Both the federal and Punjab provincial governments have deployed thousands of security officials to guard the teams on the routes from their hotel to the Gaddafi Stadium hosting the matches on Tuesday, Wednesday and Friday.

“This series could not have been better timed,” said Pakistani former test captain and fast bowler Waqar Younis. “Pakistan produced a superb performance by winning the ICC Champions Trophy and the players deserve the opportunity to display their class at home venues.”