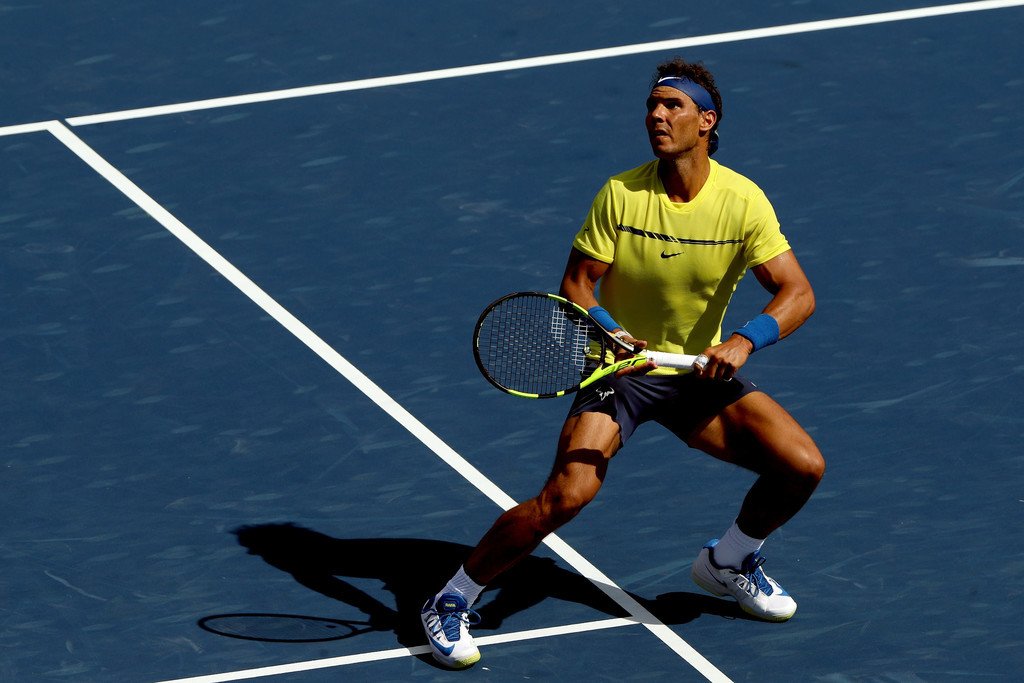 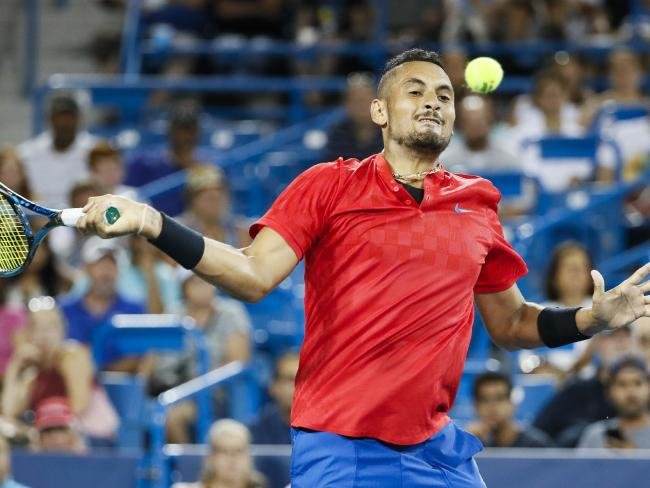 NICK Kyrgios admits he has endured a “rollercoaster of scenes” over the past two months after storming into the Western & Open semi-finals with victory over incoming world No.1 Rafael Nadal.

Alluding to off-court issues including the death of his grandfather and fall-out after being photographed in London with a pair of tennis starlets, Kyrgios conceded he had been dealing with off-court distractions.

“In the last couple of months I had a roller-coaster of scenes,” he said after a blistering 6-2 7-5 victory over 10-time French Open champion Nadal.

“Ever since Davis Cup, had such a big high. Obviously my grandpa passed away. Had some off-court issues. My head’s been all over the place.

Kyrgios’ girlfriend Ajla Tomljanovic removed photographs of herself and the feisty Canberran after he was photographed during Wimbledon with two young women in central London.

Kyrgios said Nadal’s presence helped galvanise his concentration, conceding the quality of opposition occasionally dictated whether he tanked or not.

“Little kid playing on centre court of Cincinnati against Nadal, that’s the way, the best has to come out,” Kyrgios said.

“The problem for me is trying to bring it on an everyday basis, say, centre court of Lyon with, like, 5 people against Nicolas Kicker earlier this year, I lost.

“These matches aren’t the problem. It’s those matches for me.

“Obviously I think it’s easier to say that for me because you see me tank ridiculous amounts of matches against, like, on back courts and stuff like that, and you never see me doing anything silly obviously in a match like this.

“It’s easy to get up for these matches.”

Kyrgios posted two ATP victories for the first time in his career, completing a rain-delayed 4-6 7-6 (8-6) 6-3 over Ivo Karlovic, before going to back his hotel and having a haircut and then posting his 100th tour-level win.

He will face Spanish veteran David Ferrer for the chance to contest his first Masters 1000 final against either John Isner or Grigor Dimitrov.

Tittle success would catapult Kyrgios to a career-high No 12.

Kyrgios, 22, said fellow Australian Matt Reid has helped him regroup after a string of mid-match retirements because of hip soreness and other issues.

“My great friend, he’s practically my coach, Matt Reid, he came over and he kind of puts me in a good head space,” Kyrgios said.

“He just tries to take my mind off things a little bit.

“Matt’s a guy that’s been there from day one. I used to play against him at Futures and Challengers.

“He was kind of my first big win in Australia, and then, so, yeah, it’s good to have him around. He kind of just keeps me grounded a little bit.”