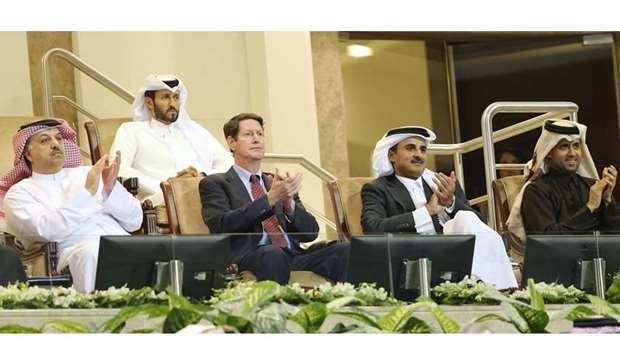 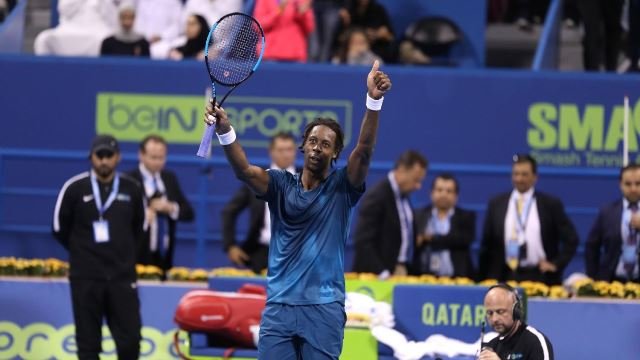 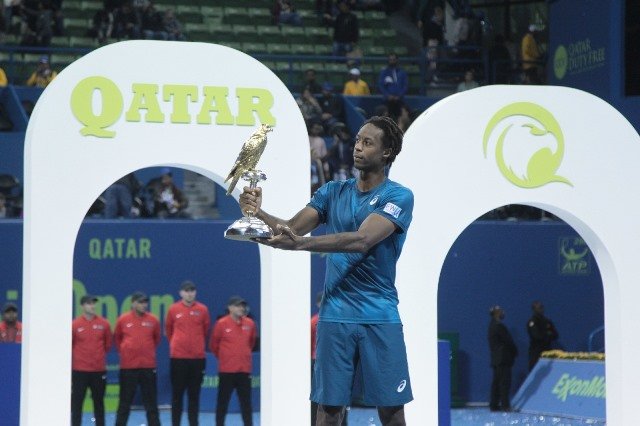 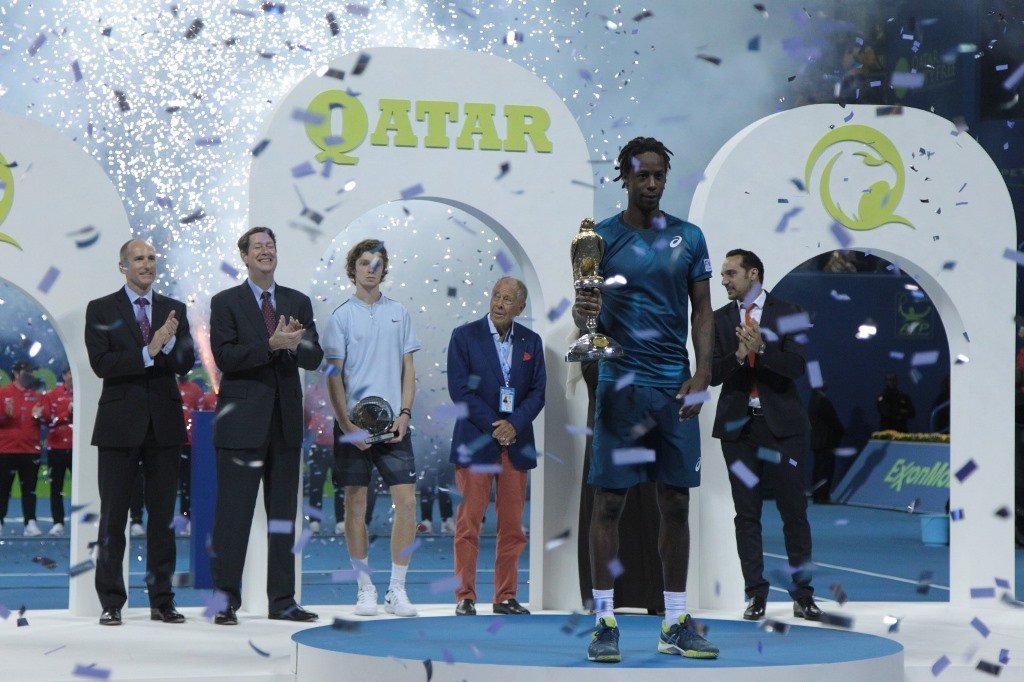 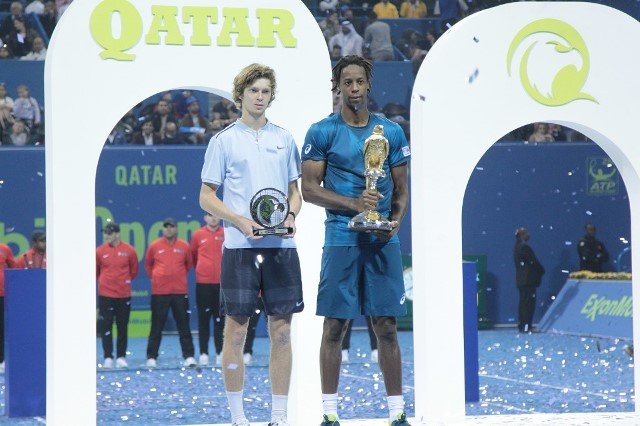 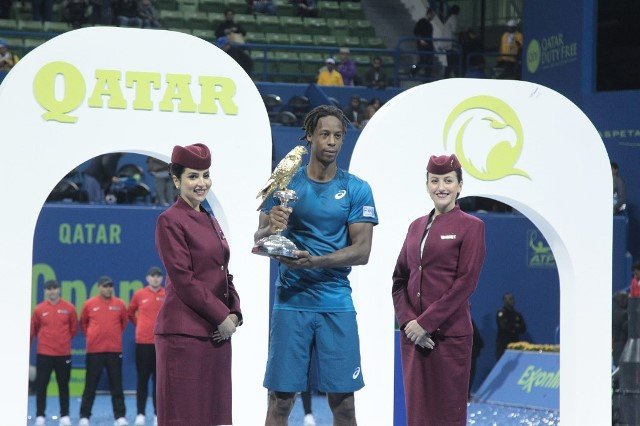 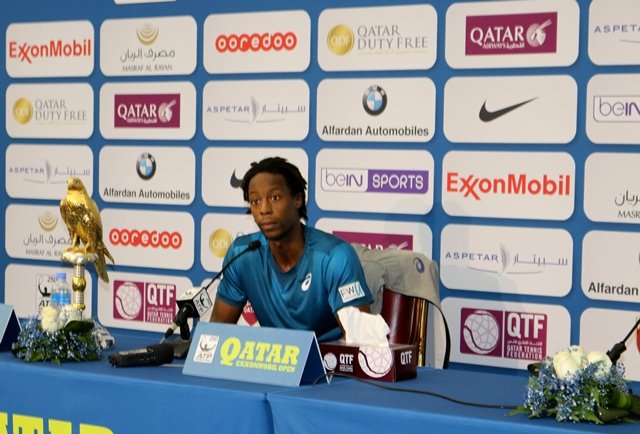 Three times runner up Gael Monfils (French) outclassed Andrey Rublev (Russian) in the final of Qatar ExxonMobil Open by scoring 6-2 and 6-3 in an hour match at the Khalifa International Tennis & Squash Complex Courts here in Doha.

Gael Monfils reached in final when at last moment, Dominic Thiem withdrew due to his fever on Friday’s Semi-finals of Qatar ExxonMobil Open 2018 tournament.

31 year old French Tennis player Monfils lost from Roger Federer in 2006 final, in 2012 lost again in final against Jo-Wilfried Tsonga and in 2014 lost in final to Rafa Nadal.

Goel Monfils and Andrey Rublev will be participating in Australian Open starting on January 15.

Thiem, World No.5, 24 years old displayed top form throughout his games at the Qatar ExxonMobil Open 2018 by defeating one by one starting from Evgeny Donskoy (Russia) 7-6, 6-3, AlJaz Bedene (Slovakia) 7-5, 6-4 and in Quarter-finals on Thursday defeated Stefanos Tsitsipas (Greek) by 7-5, 6-4.

Thiem had sent a message in his facebook ‘I have bad news, I am in bed with fever and there is almost no chance of a recovery until tonight. Of course I am disappointed, but nevertheless I had a solid start into the new season’, he mentioned. However, he will be participating in Australian Open starting in mid of the month.

Legend US Tennis coach, Nick Bollettieri, Founder and President Emeritus IMG Academy, Florida and a regular visitor to  Qatar since last 15 years was also present throughout the tournament.