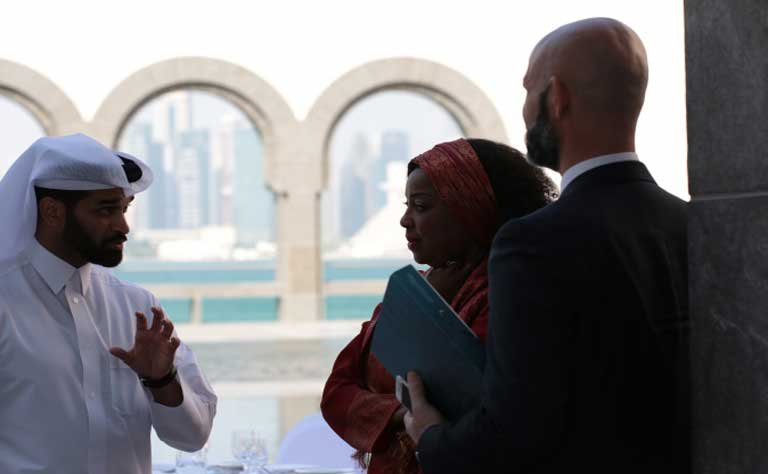 Fatma Samoura said during her address to the Supreme Committee for Legacy and Delivery “This tour has opened the eyes not only for me in my capacity as FIFA Secretary General, but the new leadership team that is leading FIFA through the reforms… Construction is going on well, with a special focus on the safety and security of all the workers. We have also witnessed the compact nature of this World Cup, which will allow fans to attend several matches in the same day.” She added that the Qatari methods were different than the ones used by South Africa and Brazil in organizing their World Cup editions.

FIFA Chief said that the level of commitment of the Supreme Committee for Delivery and Legacy, and the level of enthusiasm she saw since her arrival from the Local Organizing Committee proved that the choice of Qatar to host this World Cup was a good one.

Samoura specifically praised the potential transport and road networks connecting World Cup stadiums. “I was informed before I came about the possibility to visit almost all the venues and sites within a few hours, and I can confirm: yes, it is possible. I was wondering myself how the road infrastructure will be completed to support the mobility of the fans, so from the explanations we have received it seems that several ways will be utilized, including water ways,” she said.

She highlighted that planning is being done ahead of time, which is a strong sign of the commitment of the Qatari people of delivering the best World Cup ever. On Qatar being the first Middle-Eastern country to host the World Cup, she said it reflected that the world of football is opening to diversity and is really embracing the globalized nature of football.