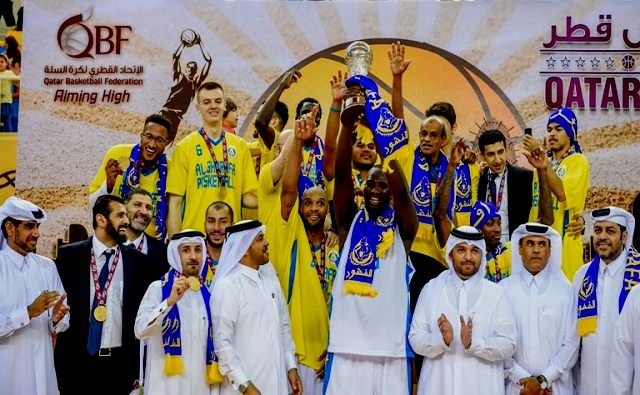 It is the third time that Al Gharafa wins the cup after winning it in 2013 and 2015, when it defeated Al Rayyan and Al Jaish. This year’s winner dominated Qatar in the semi-final 98-59. Al Rayyan defeated Al Araby 73-59.

Al Gharafa was the most dominant team in the competition this year, beating Shamal and Al Jaish on their way to the semi-final.

The match was really competitive as the quarters went back and forth between the two teams. Al Gharafa took the first quarter, winning 35-23. Al Rayyan then won the next two 26-18 and 27-25. Despite winning two consecutive quarters, Al Rayyan trailed 76-78 in the fourth quarter. The players seemed consigned to defeat and lost the final quarter 26-15.

Al Gharafa did not find it difficult to win the competition this year and hardly found a worthy opponent. They defeated Al Khor 106-47. They then defeated Al Jaish 65-57 before facing Qatar in the semi-final. Al Rayan was also head and shoulders above the competition and in a way this was the final between the best two teams in the league this season.

HH the Emir Cup competition will begin on Tuesday with two matches. The first match will see Al Rayan face Al Wakra. The second will be between Al Sadd and Al Ahli. There are two groups in the competition, the top four from each will reach the quarter-finals. (