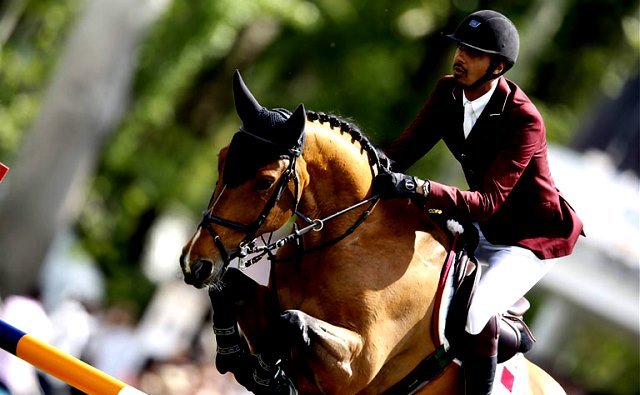 Sheikh Ali bin Khalid Al-Thani qualified Friday to the second round of the Equestrian World Cup (FEI World Cup), which is taking place in the City of Omaha, State of Nebraska in the US.

Sheikh Ali riding his horse Carolina cleared all the obstacles without making any mistake in 64:61 seconds and got third position. 15 riders were qualified in round two. Riders carry over their errors all the way to the final round of the competition.

McLain Ward riding on his horse HH Azure got first position with time 59:27 seconds with no errors.

Sheikh Ali bin Khalid Al-Thani is participating in the competition that features some of the world’s best riders in Jumping competition.

Riders from 17 countries are participating in competition this year.