Pakistan’s Candidate For WHO Top Position Outlines Her Vision 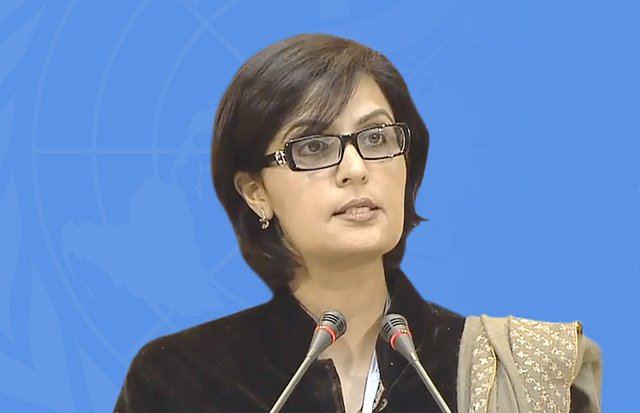 ISLAMABAD, Nov 6 (APP):
Pakistan’s candidate for the Director General World Health Organization (WHO) Dr. Sania Nishtar presented her vision and plan for the Organization at a forum hosted by the Chatham House, the Royal Institute of International Affairs, in London.

Sania Nishtar is contending for the slot of Director General WHO with other candidates from other countries, including Italy, France, United Kingdom and Hungary who also participated in the event, said a press release received here Sunday.

Speaking on the occasion, Dr. Nishtar called for reinvigorating the world’s only universal membership multilateral health agency in face of the pressing global health challenges. She outlined her priorities of bringing reforms to rapid fruition, embracing meaningful and timely transparency, institutionalizing true accountability, ensuring value for money, and driving a culture based on results and delivery, to transform the organization.

Placing universal attainment of the highest possible level of health at the centre of her vision, she also highlighted her pledges including delivering effective operational readiness in outbreaks and emergencies;
strengthened action on global public goods; focus on supporting countries to reduce the health risks of climate change; and country relevant support to achieve the SDGs, with an emphasis on Universal Health Coverage and multi sectoral action.

With her diverse experience in the areas of health, civil society, public sector and the multilateral system, Dr. Nishtar expressed her commitment to deliver a renewed WHO. She also promised to lead a WHO that leverages stakeholders’ contributions and inspires increased engagement and accountability.

During the event, Dr. Nishtar also responded to questions from the audiences on a number of issues including challenges to WHO, gender equity, accountability, partnership with private sector, universal health coverage and north south health divide.

Earlier, Dr. Nishtar called on Lord Prior, UK’s Parliamentary Under Secretary of State for Health and apprised him about her candidature. Lord Prior appreciated her credentials and her professional experience and diverse background in the field of health.

Separately, Dr. Nishtar also met the High Commissioner for Pakistan Syed Ibne Abbas, who praised her achievements and contributions in the fields of health and governance. With her professional expertise, experience and background, he termed Dr. Nishtar the ideal candidate for the post of DG WHO.

Dr. Sania Nishtar, a former Federal Minister and prominent global health leader with extensive experience in public healthcare, is among the six candidates nominated for the post of Director General WHO. The election for the post will be held in January and May next year.