108,000 People Die Each Year in Pakistan from Tobacco: WHO 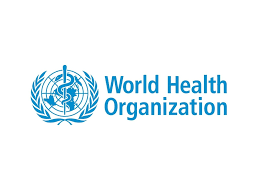 According to WHO report on tobacco consumption in Pakistan, mostly people die from diseases like heart disease, stroke and emphysema while smoking causes cancer while non smokers become victim of cardiovascular disease because of passive smoking.

It is said that many people misunderstand or underestimate the risks for morbidity and premature mortality due to tobacco use and exposure to tobacco smoke. A well designed health warnings and messages on tobacco product packages have been shown for public awareness on health effects due to tobacco use.

Report mentions that nearly 16.8 million adults who worked indoors were exposed to tobacco smoke at the workplace, 56.3 million at home, 21.2 million at restaurants and 49.2 million who used public transport.

The average amount spent on 20 manufactured cigarettes is Rs 40.9, from same amount approximately 1 kilogram (2.2. pounds) of potatoes or five eggs or one loaf of bread could be purchased.

National Coordinator, Coalition for Tobacco Control Pakistan (CTC), Khurram Hashmi said that effective health warnings and messages and other tobacco product packaging and labeling measures are key components of a comprehensive, integrated approach to tobacco control. He said that evidence shows that health warnings and messages that contain both pictures and text are far more effective than those carry text only. However, a large number of people are of low literacy or who cannot read at all text of the health warnings or message mentioned on cigarette packets.

Hashmi stressed on the standardization of packaging and said packages would display a standard background color and manufacturers would be permitted to print only the brand name in a mandated size, font and position.

He said that studies have shown that pictorial health warnings raise the awareness of tobacco users to the negative health and economic impacts associated with tobacco use. He said that Pakistan as a signatory to the Framework Convention on Tobacco Control (FCTC) which binds all member states to WHO convention to implement large, rotating health warnings on all tobacco product packaging and labeling.

An official of Tobacco Control Cell, Ministry of National Health Services, Regulations and Coordination said that in February 2015, the ministry had announced new measures that will require the size of the warnings to increase from 40% to 85% of the package.

He added Urdu text will appear on the front of the pack, and English text will appear on the back. He added several other steps were taken related to the implementation and regulation of picture based health warnings in Pakistan including prohibition of Smoking and Protection of Non Smokers Health Ordinance (2002), Health Warning Rules (2009) and Amendment to Health Warning Rules (2010).