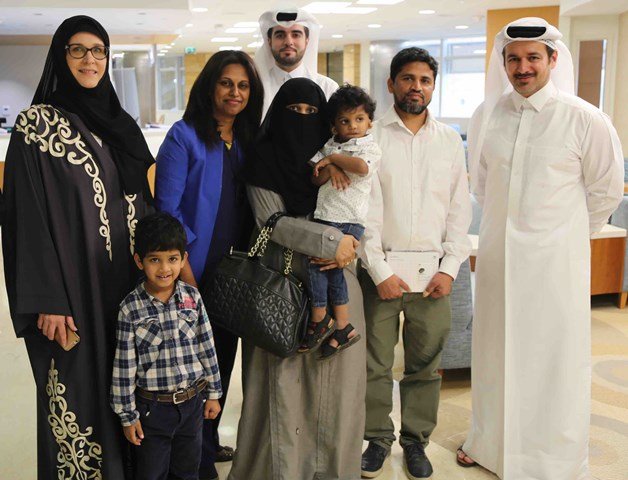 Sidra, in collaboration with Cochlear Middle East, recently demonstrated a new milestone with a life changing moment for a young patient born with Treacher Collins Syndrome. The child, Osman, was able to hear conversational speech and quiet sounds for the first time – giving him a renewed chance towards improving his learning and developmental skills to be in line with other children his age.

Treacher Collins syndrome is a rare, inherited condition that stunts the growth of the bones and other tissues of the face, resulting in underdeveloped cheekbones and jawbones. Most children also have underdeveloped ear canals and abnormally shaped ears which contributes to hearing loss. The condition affects approximately 1 in 10,000 births worldwide1. Approximately 30 per cent of children with the syndrome have a cleft palate, and half of all affected children suffer from hearing loss2.

Osman’s treatment and care relies on a multidisciplinary approach involving the support and expertise of a number of different healthcare teams across Sidra – including audiology, ENT, plastics craniofacial and child life development. He was first referred to Dr. Patrick Sheehan, Sidra’s Division Chief of Pediatric Otolaryngology, Head and Neck surgery. Following which, Osman was referred to the Audiology Clinic where his hearing loss levels were assessed.

Dr. Sheehan said, “Osman’s condition meant that he was unable to hear properly as he had a 60 decibel moderate to severe hearing loss. A conventional behind-the-ear hearing aid would not have been effective. He needed a proven solution that has successfully helped children who are born with the same condition. In his case, it was a Baha® 5 sound processor fitted with the Softband which is manufactured by Cochlear.”

Osman was Sidra’s first audiology patient to be fitted with the Baha Softband device. To watch the video of his reaction after having the device fitted at the Sidra Audiology Clinic