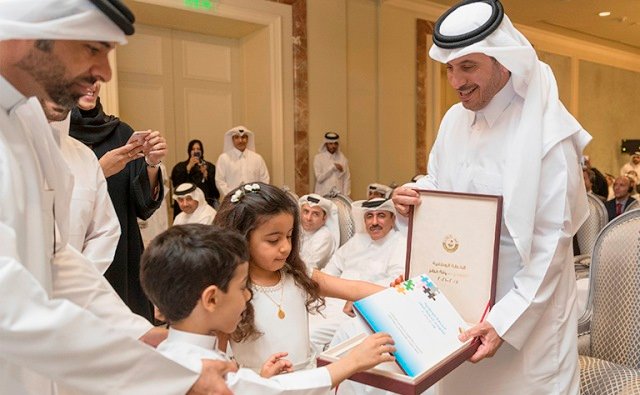 The plan aims to improve the lives of people and families of people with autism, which has become widespread locally and globally. It continues throughout life and affects the way autistic people interact with others and the surrounding environment.

The growing number of autistic people and the increasing demand for available services in Qatar stresses the need for the national plan, which helps in developing adequate general and professional support for autistic people.

Dr Hanan Mohammed Al Kuwari, Minister of Public Health present on the occasion said in his speech that launch of the National Autism Plan demonstrates the great attention that the State of Qatar, under the wise leadership of Emir of Qatar, Sheikh Tamim bin Hamad Al-Thani, gives to people with special needs and those with autism, said HE .

Minister stressed Qatar’s keenness on ensuring that autistic people receive adequate care and attention along with access to necessary services and the right opportunities for education, training and normal life. The National Autism Plan builds on the goal of Qatar National Vision 2030 that aims at sustaining a high standard of living for all of its people for generations to come.

Minister of Public Health told that the National Autism Plan’s vision reflects a part of the commitment to individuals with autism and their right to receive care and support now and in the future, and get access to the same opportunities as others in a society that accepts them as they are.

“We, the government, semi-government, civil society and the private sector must make every effort possible to implement the national plan so that people with autism can receive necessary care to improve their lives and integrate them into society, along with establishing an effective mechanism to follow up the optimal implementation of this national plan according to the timetables set, in addition to paying attention to research projects related to autism spectrum disorder,” said Dr Hanan Mohammed Al Kuwari.

Dr Saleh Ali Al Marri of Ministry of Public Health reviewed the efforts made in the preparation of National Plan. In April 2015, a national autism working group was formed with family members of children with autism and representatives of major public and private bodies to work together to develop a comprehensive and integrated approach to care for individuals with autism, he said, adding that special task forces in key areas of importance were also formed to ensure a comprehensive and viable plan that can respond to the needs and rights of people with autism.

The participants discussed the most prominent services provided and initiatives implemented to serve people with autism in addition to the most important future projects.