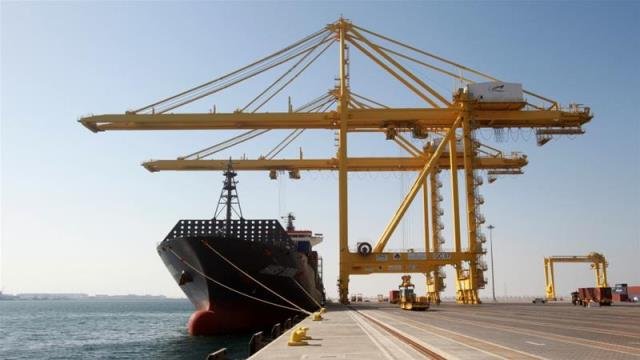 A Qatari shipping company is set to launch what it calls the fastest direct service between Doha and the Pakistani port city of Karachi this week, as the Gulf state seeks to establish new trade routes amid a land, air and sea blockade from its Arab neighbours.

Maritime conglomerate Milaha is overseeing the venture, with the first vessel due to arrive at the newly-inaugurated Hamad Port outside the Qatari capital on September 11 following a transit time of four days – compared with the usual six-to-seven-day journey.

“We have been vigorously ramping up our operations between Qatar and key Asian markets in response to growing demand from traders, importers, and exporters on both sides,” said Abdulrahman Essa Al-Mannai, Milaha president and chief executive officer, in a statement in the run-up to the launch.

The four Arab nations severed all diplomatic and trade ties with Qatar on June 5 over allegations of supporting “terrorism”. Qatar strongly denies the claims.

Before the dispute, most of Doha’s shipments to and from Pakistan docked at Dubai’s Jebel Ali port – a regional hub.

But with the Emirati port now out of bounds as a trans-shipment centre, Qatari companies are increasingly exploring alternative links to penetrate the Asian market effectively.

Besides the direct route, Qatar and Pakistan are also trading via Oman’s Sohar port.

“We used to trade via Jebel Ali in Dubai, but because of the restrictions and the ongoing Gulf situation, we are now going direct, so Qatar can capture Pakistan’s market,” Babar Rauf, sales and marketing manager of Rahmat Shipping, Milaha’s Pakistani agent, told Al Jazeera.

Milaha’s new service, called PQX, will mainly bring perishable products and other food items, such as seafood, fruits and vegetables, from Pakistan.

The outbound vessels from Hamad Port will transport petrochemicals to Karachi.

Analysts described the new trade links as a “win-win” situation for both countries, especially Pakistan, whose remittances from Qatar dropped by almost 10 percent in July compared with the previous fiscal year, according to the latest government figures.

“Pakistan needs a market for perishable items, and this business venture will provide fast and secure solutions for importers and exporters from both countries within a short transit time,” Arhama Siddiqa, a research fellow at the Institute of Strategic Studies Islamabad, told Al Jazeera.

“This is a great step,” said Malik Mudassar, a Pakistani national and shop owner of Al Muzammil Sweets in Doha. “I was using air cargo earlier for vegetables and fruits, but if I can get them through sea in four days or earlier, I can save money with the shipping cost.”

The International Monetary Fund (IMF) said last week that Qatar has acted effectively in protecting its economy against the Gulf sanctions, in part because of rerouting trade and establishing new sources of food supply.

In the first quarter of 2017, Qatar imported goods and services worth $20m from Pakistan and had exports worth 358m.

Most of Qatar’s exports to Pakistan have been in the form of Liquefied Natural Gas (LNG) after the two countries signed a landmark 15-year deal in February 2016.

In an attempt to boost trade between the two nations, business delegations from the Qatar Chamber and the Federation of Pakistan Chambers of Commerce and Industry have exchanged visits over the last two months.

“Trade between the two countries has been growing steadily, and we believe that this new shipping service will enable more growth by increasing options for traders in Pakistan to attract Qatar and other Arabian Gulf markets,” noted Rahmat’s Rauf from Karachi.

Analysts believe that given Pakistan’s history with Saudi Arabia – the two countries enjoy strong economic and strategic ties – it is unlikely that Riyadh’s reaction would not have been taken into consideration before such a move.

“Pakistan embarking on this project does not mean it is snubbing Saudi Arabia in any way,” Siddiqa said.

“The fact that Pakistan is undertaking this project [with Qatar] means that the Saudi reaction had been taken into account already.”

Saudi Arabia tops the list of nations sending remittances to Pakistan at $4.52bn in the current fiscal year, according to Pakistan’s central bank.

Pakistan’s government has offered to help with mediation efforts in the Gulf dispute but stayed clear of taking any sides in the matter.

Some argue furthering trade with Qatar is Pakistan’s way of playing “good cop” during the regional tensions.

“Pakistan doesn’t want the situation or turmoil in the region to spill over to a dead end, so it is giving some breathing space to Qatar in the form of launching this service,” said Ahmad Saffee, a Middle East expert based in Islamabad.

20 January 2022 By Ashraf Siddiqui More than 7,000 books of different ...
END_OF_DOCUMENT_TOKEN_TO_BE_REPLACED