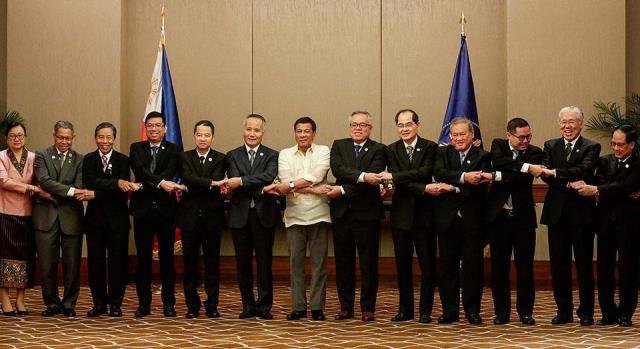 These are making ASEAN a highly integrated and cohesive economy; a competitive, innovative, and dynamic ASEAN; enhanced connectivity and sectoral cooperation; a resilient, inclusive and people-oriented, people-centered ASEAN; and a global ASEAN through the operationalization of key action lines in Consolidated Strategic Action Plan (CSAP).

He likewise stressed that the ASEAN will maintain an open and outward-oriented perspective through free trade agreements (FTAs) with China, Japan, South Korea, India, Austalia, and New Zealand as well as maintaining cooperation mechanisms with dialogue partners such as Canada, Russia, United States, and the European Union.

“As ASEAN economic ministers, we are gathered today to send a positive signal amid a backdrop of rising trade policy uncertainties. We need to reaffirm the importance of integrating ASEAN into the regional and global economy,” the AEM chair noted.

“Through our collective efforts, we will continue to deepen the regional economic integration,” he added.
He mentioned that in the last 50 years, ASEAN has withstood numerous threats of economic instability, growing protectionism sentiments, and political uncertainties.

Lopez also highlighted that the region has achieved critical mass to further increase and develop its economy.

By 2050, ASEAN gross domestic product is expected to reach USD9.2 trillion, making the region the fourth largest economy in the world.

“Nevertheless, there is still a lot of work to be done. Looking at 2017 and beyond, ASEAN should be cognizant of the changing geostrategic landscape that presents both opportunities and challenges,” Lopez said.

“The region has to remain transformative and proactive in the face of global economic conditions,” he noted