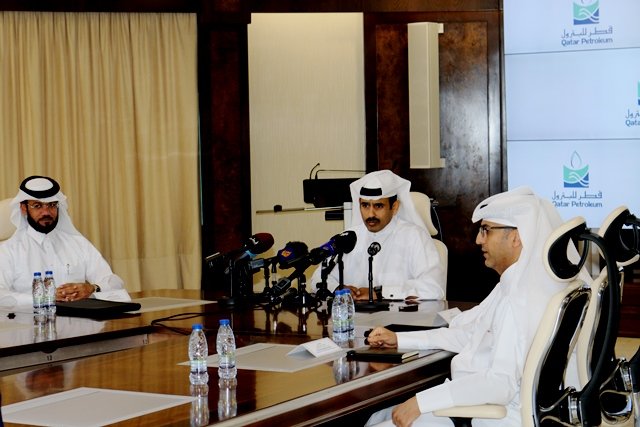 The new additional volumes will be secured by doubling the size of the new gas project in the southern sector of the North Field, which Qatar Petroleum had announced last April. This will increase the North Field’s production of natural gas, condensate and other associated products by one million barrels of oil equivalent per day.

The announcement was made by Saad Sherida Al-Kaabi, the President & CEO of Qatar Petroleum. He said ‘ Last April, we announced our intention to develop a new gas project in the southern sector of the North Field that can be targetted for export. With the conclusion of further technical studies, we have decided that the best option would be to double the size of the project to 4 billion cubic feet of gas per day, which constitutes a 20% increase from the curent North Field production rate, or about 1 million barrels of oil equivalent per day.’

Al-Kaabi said ‘ After further assessment, we have decided that the best way to develop this huge project is by dedicating it to the production and export of liquefied natural gas, thereby increasing the production capacity of the State of Qatar from 77 million tons to 100 million tons per year, which means a 30 % production increase. This project will strengthen our position as the world’s largest LNG producer and exporter in line with Qatar Petroleum’s strategic growth plan and objectives of becoming one of the best national oil 7 gas companies in the world, with roots in Qatar and a strong international presence.’

‘Once completed within 5-7 years from now, this project will raise the production of the State of Qatar to about 6 million barrels of oil equivalent per day ‘, QP President & CEO said.

Al-Kaabi concluded by saying ‘This new project will further enhance Qatar’s eading position in the global gas industry, while at the same time meeting it’s worldwide customers’ growing needs for this reliable and environmentally friendly fuel. The planned production increase will also contribute to monetizing Qatar’s resources and to simulating the domestic economy as well as the country’s overall development in line with the Qatar National Vision 2030 led by the wise leadership of Emir of State of Qatar’.