China To Cooperate In 30 Projects Worth $3.7 b In Philippines 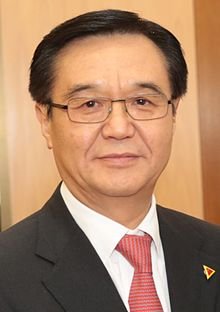 China has agreed to cooperate with Philippines on 30 projects worth $3.7 billion focusing on poverty reduction, the two countries said after a meeting in Beijing on Monday.

Chinese Commerce Minister Gao Hucheng told that it was still in initial stages and the banks still required their paperwork to finalize.

Philippine Finance Secretary Carlos Dominguez said he had a “very productive” meeting with Gao and they had discussed various projects from small to large in size. A Philippines delegation has recently paid two days long visit to China just three months after President Rodrigo Duterte visited Beijing to pave
the way for new commercial alliances.

China has welcomed Duterte’s foreign policy shift away from traditional ally the United States and towards doing more regional deals for loans and business under his “pro-Filipino” policy.

Asked whether U.S. President Donald Trump’s economic policies would affect commercial ties between China and the Philippines, Dominguez said: “It’s better to be with good friends.” “I’m not sure at this moment exactly what the new U.S. policies, but I believe that the reorientation of our president to our neighbours really was very smart,” Dominguez told reporters.

The Philippine delegation is due to meet Vice Premier Wang Yang at Zhongnanhai, the Beijing complex that houses China’s central government, later on Monday.

Among Philippine’s delegation include Secretaries of Finance, Budget, Economic, Public Works and Transport.

The two sides will also discuss the Philippines’ chairmanship of the 10-member Association of South East Asian Nations (ASEAN) this year.

Foreign Affairs Secretary Perfecto Yasay said on Jan. 11 he was confident a code of conduct in the South China Sea between ASEAN and China could be finished by mid-2017.