Pakistan-China Decides To Include New Projects In CPEC 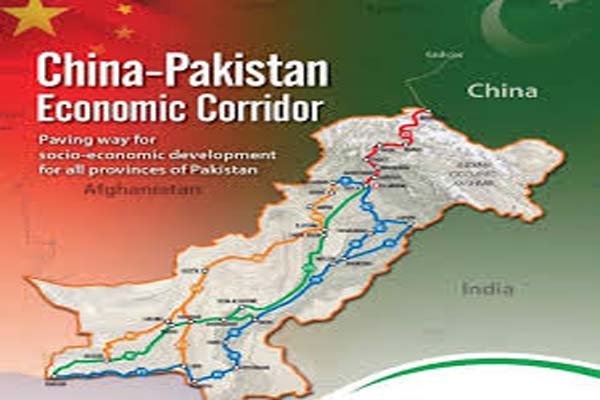 Sources said that according to JCC minutes of meeting dated 29 December 2016, Pakistan and China have decided to include new projects in the CPEC portfolio and instructions have been issued to the Joint Working Group (JWG) on transport to work out proposals on the implementation of these projects after further studies and consultations, a private TV channel reported on Saturday.

The JCC meeting co chaired by Wang Xiaotao, Vice Chairman of National Development and Reform Commission (NDRC) China and Minister for Planning, Development & Reform Ahsan Iqbal welcomed the progress on consultations between the transport authorities of the two countries reflected in the Memorandum of Understanding (MoU) signed on Highway Engineering Co operation.

On the agenda of disaster Prevention and Mitigation and Emergency Response, the two sides agreed in principle to include the Early Warning System Strengthening and Enhancement Project in the CPEC; and JCC reportedly noted that bilateral co-operation in this area will respond to the challenges of climate change and safeguard infrastructure developed under the CPEC.

The meeting also noted that CPEC presents a unique opportunity to integrate with regional economies and become a hub for trade and manufacturing with the Gwadar Port developed as an international free port.

The JCC, sources further said, urged the Pakistani side to pay close attention to proper maintenance of KKH Phase I so as to ensure safe and smooth transport along CPEC.

The JCC noted the completion of Gwadar Sorab 650 KM section to operational Western route, speedy progress on D.I. Khan Hakla (285 Km) section by Pakistani side as well as successful shipment of Chinese cargo from Gwadar Port through western route.

Pakistan and China also agreed during the meeting to initiate preparatory work including joint technical and commercial feasibility study for expansion of existing multi purpose terminal
including breakwater and capital dredging of Gwadar Port and East Bay Expressway II.

The JCC agreed, in principle the proposal given by Pakistan for inclusion of Rail based Mass Transit Systems in provincial headquarters as a component of CPEC.

The JCC instructed the transport JWG to, on the basis of further studies and consultations, work out proposals on the implementation of Karachi Circular Railway, greater Peshawar Region Mass Transit System and Quetta Mass Transit System.

The signing of preliminary agreement on Quetta Mass Transit System was welcomed by the JCC as well as preliminary work including a feasibility study done by the province of Sindh for Karachi Circular Railway project which provides a basis for preparatory work on the project.