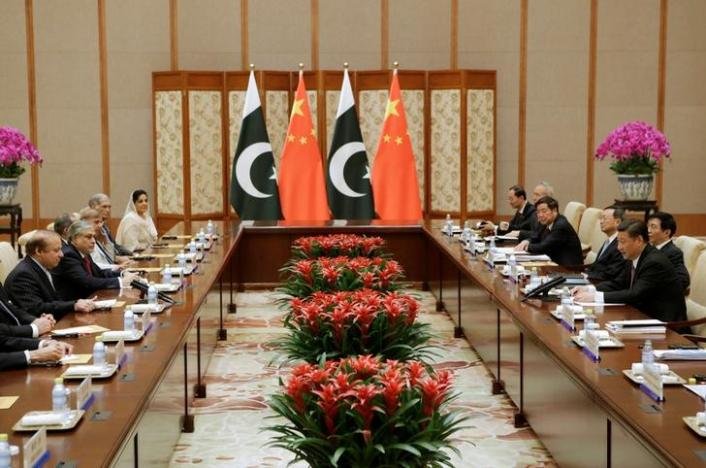 China and Pakistan have agreed to jointly upgrade the 1,600-kilometer railway linking Southern and Northern Pakistan as part of a move to push forward construction of the China-Pakistan Economic Corridor (CPEC).

“China and Pakistan have signed memorandums of understanding to increase the speed of the railway connecting Karachi and Peshawar, as well as upgrade its signal system and railway stations,” Zafaruddin Mahmood, Pakistan’s special envoy on the China-Pakistan Economic Corridor, said in an interview here on Tuesday.

The deals signed on the sidelines of the ongoing Belt and Road Forum for International Cooperation also include one on the construction of the Havelian land port, which is on the Karakoram Highway that connects Pakistan and Kashgar in China’s Xinjiang Uygur autonomous region.

The Havelian land port will serve as a transfer station where goods shipped from China can be loaded from trucks to trains after the planned China-Pakistan railway connecting Gwadar Port and Kashgar is completed, he said.

Gwadar Port in Southwestern Pakistan is at the Strait of Hormuz, which has been seen as pivotal to securing an energy route for China. It is currently under the management of Chinese Overseas Port Holdings Ltd.

China will also help Pakistan build an international airport in Gwadar and a highway connecting the deep-sea port to the airport.

The China-Pakistan Economic Corridor is an important part of the Belt and Road Initiative, he said. “Pakistan has been suffering from terrorism, which has made many foreign businesses hesitate about investing in Pakistan.

After China laid out the plan for the corridor’s development, businesses from more than 50 countries and regions have been involved in CPEC-related projects because they’ve seen opportunities,” Mahmood said. “It’s a perfect example of the globalization brought by the initiative.”

China will help Pakistan increase its electricity supply by 80 percent in the next five years and some power plants have already started generating power, the special envoy said. “In the past, people from some areas of Pakistan could have electricity in their homes for only half a day. During the summer, the temperature in those areas can reach 50 C and people had to live without electric fans or air conditioning. Now they can turn them on any time of the day. You can imagine how happy they are,” he said.