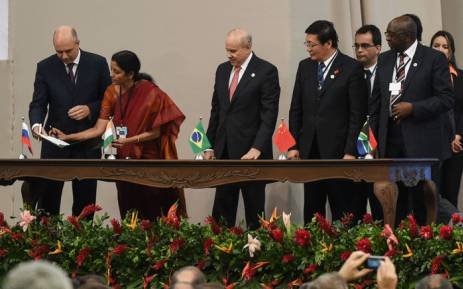 The New Development Bank (NDB), a multilateral financial institution set up by BRICS, is expected to offer loans totaling 2.5 billion U.S. dollars this year, according to a Chinese official Thursday.

While the NDB approved loans totaling 1.55 billion U.S. dollars last year to seven programs on sustainable development, more loans are expected to be approved later this year, said Zhou Qiangwu, director of the International Economics and Finance Institute, a think tank under the Ministry of Finance.

According to Zhou, the bank has made a lot of progress since it went into operation more than two years ago. For example, yuan-denominated green bonds with a value of 3 billion yuan (454.5 million U.S. dollars) were issued, while the Africa Regional Center of the NDB in Johannesburg was launched earlier this month.

“The NDB is like a baby of the five nations,” Zhou said.

As leaders from the BRICS countries gather during the upcoming summit in China’s southeastern coastal city of Xiamen from Sept. 3 to 5, the NDB is likely to see more progress, such as agreements to fund new projects in the five countries, Zhou said.

20 January 2022 By Ashraf Siddiqui More than 7,000 books of different ...
END_OF_DOCUMENT_TOKEN_TO_BE_REPLACED