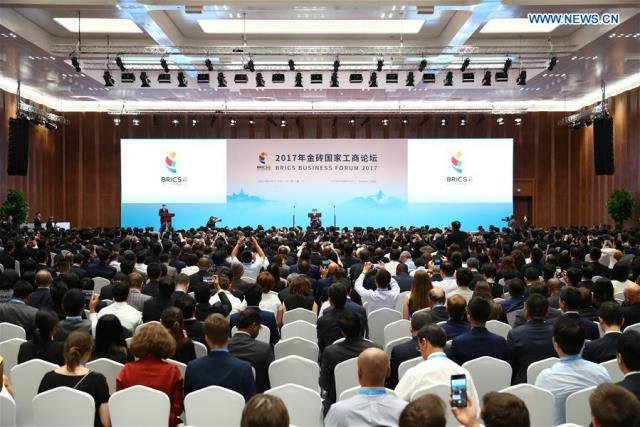 “We BRICS countries are committed to upholding global peace and contributing to the international security order,” he said while delivering a keynote speech at the opening ceremony of the BRICS Business Forum scheduled for Sept. 3-4 in the southeastern coastal city of Xiamen.

These efforts aim to strengthen consultation and coordination on major international and regional issues and build synergy among BRICS countries, Xi said.

He also called on BRICS countries to take a constructive part in the process of resolving geopolitical hotspot issues and make due contributions.

“I am convinced that as long as we take a holistic approach to fighting terrorism in all its forms, and address both its symptoms and root causes, terrorists will have no place to hide,” he said.

When dialogue, consultation and negotiation are conducted to create conditions for achieving political settlement of issues such as Syria, Libya and the Palestine–Israel conflict, the flame of war can be put out, and displaced refugees will eventually return to their homes, he said.