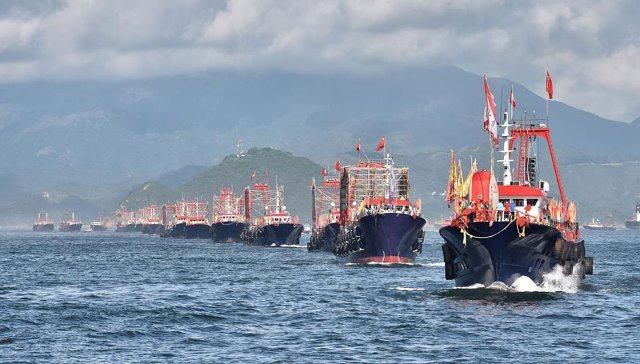 Xi Jinping, President of China on Saturday drew the “red line” for handling relations between the mainland and Hong Kong, warning against attempts to undermine national sovereignty or challenge the central government’s power.

“Any attempt to endanger national sovereignty and security, challenge the power of the central government and the authority of the Basic Law of the HKSAR or use Hong Kong to carry out infiltration and sabotage activities against the mainland is an act that crosses the red line, and is absolutely impermissible,” he said.

Xi made the remarks at a gathering celebrating the 20th anniversary of Hong Kong’s return to the motherland and the inaugural ceremony of the fifth-term government of the Hong Kong Special Administrative Region (HKSAR).

Hong Kong people enjoy more extensive democratic rights and freedom than at any other time in its history, he said.

“The people of Hong Kong, now masters of their own house, run their local affairs within the purview of autonomy of the HKSAR,” he said.

The president stressed the importance of having a correct understanding of the relationship between “one country” and “two systems.”

The concept of “one country, two systems” was advanced, first and foremost, to realize and uphold national unity, according to Xi.

“In conducting day-to-day affairs, we must be guided by a strong sense of ‘one country,’ firmly observe the principle of ‘one country,’ and thus correctly handle the relationship between the HKSAR and the central government,” he said.

On the other hand, Xi said, the “two systems” should and have every reason to stay in harmony and reinforce each other on the basis of “one country.”

“We must both adhere to the ‘one country’ principle and respect the differences of the ‘two systems,'” he said.

The central government will unswervingly implement the policy of “one country, two systems” and make sure that it is fully applied in Hong Kong without being bent or distorted, he said.

Hong Kong is a plural society with “different views and even major differences on some specific issues,” he acknowledged. However, “making everything political or deliberately creating differences and provoking confrontation will not resolve the problems,” Xi said. “On the contrary, it can only severely hinder Hong Kong’s economic and social development.”

“Hong Kong is an affluent society, but it also faces enormous challenges posed by profound changes in the global economic environment and the increasingly intense international competition,” he said.

“It is imperative to always maintain a harmonious and stable social environment,” he said, noting that “harmony brings good fortune, while discord leads to misfortune.”

The concept of “one country, two systems” gives expression to the vision of peace and harmony in the Chinese culture, and it embodies a very important tenet, namely, seeking broad common ground while setting aside major differences, Xi said.

“On the part of the central government, we are ready to talk to anyone who loves the country, loves Hong Kong and genuinely supports the principle of ‘one country, two systems’ and the Basic Law of the HKSAR, no matter what political views or position he or she may hold.”

Xi urged Hong Kong to always focus on development as the top priority. “Development, an abiding pursuit, is crucial for Hong Kong’s survival, and it holds the golden key to resolving various issues in Hong Kong,” he said.

The mainland’s continuous and rapid development over the years provides an invaluable opportunity and an inexhaustible source of strengths and broad space for Hong Kong’s development, Xi said.

The central government will continue to support Hong Kong in growing its economy and in leveraging its strengths and role in advancing the Belt and Road Initiative, the Guangdong-Hong Kong-Macao Greater Bay Area, Reminbi internationalization and other strategies, Xi said.

“It is important to put people first, help them overcome difficulties, especially address prominent economic and livelihood issues that people are concerned with,” he said.

The central government will continue to support the Chief Executive and the HKSAR government in exercising law-based governance, the president pledged.

“I am convinced that the practice of ‘one country, two systems’ in Hong Kong will write a new chapter,” he said.

Doha, 25 June 2022 THE Embassy of Nepal and the Non-Resident ...
END_OF_DOCUMENT_TOKEN_TO_BE_REPLACED