Radical Plan to Kick President Trump Out of the White House 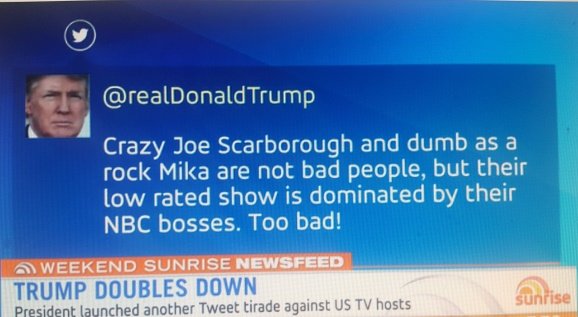 For months, House Minority Leader Nancy Pelosi and other Democratic leaders have privately counseled their more militant members to forswear talk of impeaching President Trump, telling them the political support for such a step simply doesn’t exist in the GOP-controlled Congress.

But 25 House Democrats, including the ranking member of the House Judiciary Committee, are now pushing an equally radical alternative: They are backing a bill that would create a congressional “oversight” commission that could declare the president incapacitated, leading to his removal from office under the 25th Amendment to the U.S. Constitution.

At 12:56 p.m. Thursday, barely four hours after Trump tweeted attacks against MSNBC cable host Mika Brzezinski in crude, personal terms, Rep. Jamie Raskin, D-Md., the chief sponsor of the bill, sent out an email to his colleagues, urging them to get behind the measure, writing it was of “enduring importance to the security of our nation.”

“In case of emergency, break glass,” Raskin told Yahoo News in an interview. “If you look at the record of things that have happened since January, it is truly a bizarre litany of events and outbursts.”

Asked if Trump’s latest tweets attacking Brzezinski and her co-host Joe Scarborough, which were roundly condemned by members of both parties as beneath the dignity of his office, strengthened the grounds for invoking the 25th Amendment, Raskin replied: “I assume every human being is allowed one or two errant and seemingly deranged tweets.

“The question is whether you have a sustained pattern of behavior that indicates something is seriously wrong.”