Xi Charts Course for Fresh Round of Reform, Opening Up 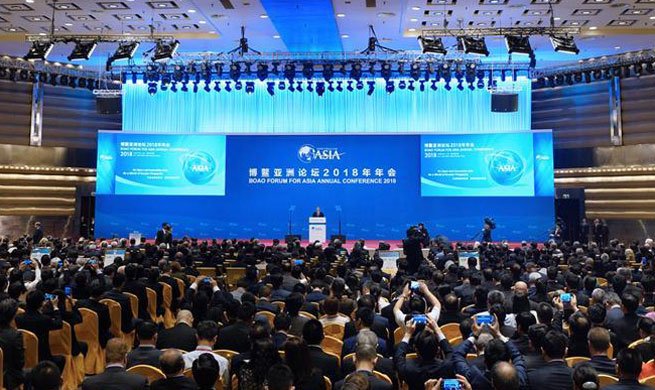 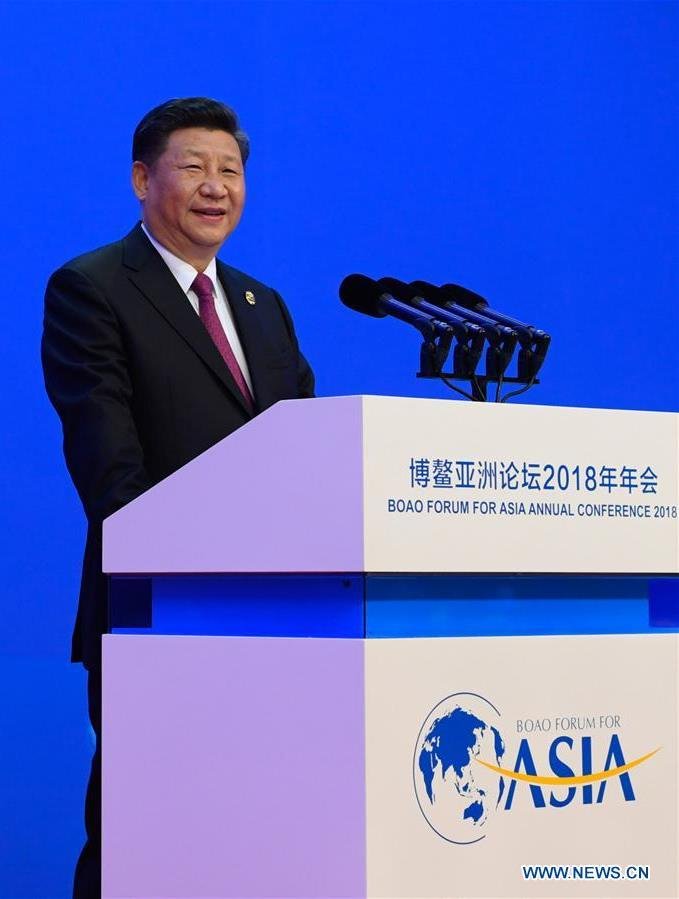 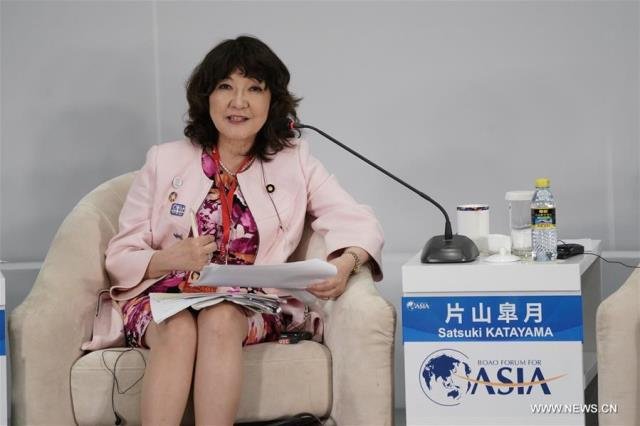 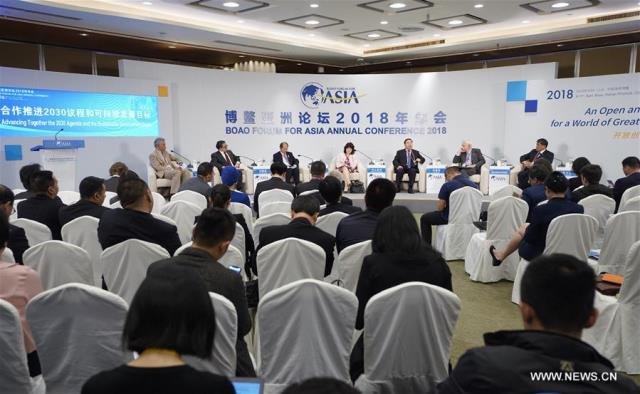 Chinese President Xi Jinping unveiled new measures for expanding reform and opening up Tuesday as China marks the 40th anniversary of the policy this year, heralding “a new phase of opening up” for common prosperity of both China and the world.

“China’s reform and opening up meets its people’s aspiration for development, innovation and a better life. It also meets the global trend toward development, cooperation and peace,” said Xi when addressing the opening ceremony of the annual conference of the Boao Forum for Asia (BFA) in the southern island province of Hainan.

This is Xi’s first major diplomatic event in China since he was unanimously re-elected Chinese president in March.

Observers believe that as a staunch advocator of globalization, China is leading opening up and development in the world.

New initiatives include easing foreign equity restrictions in the industries of automobiles, ships and aircraft, and implementing across the board the management system based on pre-establishment national treatment and negative list.

China will also significantly lower the import tariffs for vehicles this year, and seek faster progress toward joining the WTO Government Procurement Agreement.

Attendees at the forum said the president has sent a strong message that China is firmly advancing reform and opening up at its own pace. It is also part of effort to turn the spirit of the 19th Communist Party of China (CPC) National Congress into action.

The landmark Party congress in October revealed the roadmap for China’s rejuvenation, laying out a two-step approach toward “a great modern socialist country” and heralding a new era for socialism with Chinese characteristics.

The reform and opening up, initiated by Deng Xiaoping in 1978, has significantly unleashed and enhanced productivity in China, blazed a path of socialism with Chinese characteristics, demonstrated the strength of the nation, and actively contributed China’s share to the world, according to Xi.

Over the past 40 years, China has recorded an averaged annual GDP growth rate of around 9.5 percent, fostered a middle-income population of 400 million, and lifted more than 700 million Chinese people out of poverty, accounting for more than 70 percent of the global total.

China contributed over 30 percent of global growth in recent years.

Hailing it as “China’s second revolution,” Xi said the reform and opening up had not only profoundly changed the country but also greatly influenced the whole world.

As the country’s helmsman, Xi launched the new round of reform and opening up, the largest in scale around the globe, at a time when the giant vessel of China has entered “a deep-water zone.”

The world is undergoing a new round of major development, great change and profound readjustment.

“Humanity has a major choice to make between openness and isolation, and between progress and retrogression,” Xi said. “In a world aspiring for peace and development, the cold-war and zero-sum mentality looks even more out of place.”

The president called for people around the world to work together toward a community with a shared future for mankind by treating each other with respect and as equals, promoting dialogue and sharing responsibility, engaging in cooperation for win-win results, upholding inclusiveness and seeking harmony without uniformity, as well as treating nature with respect and treasuring the planet.

China will not threaten anyone else, attempt to overturn the existing international system, or seek spheres of influence, no matter how much progress it has made in development, Xi said.

“Today I was very glad to hear President Xi Jinping reaffirm this and announce further steps in financial sector reforms, in opening up foreign investment rules, in protecting intellectual property, and in increasing imports in order for China to go further in this direction,” Lee said.

China has every intention to translate all the major initiatives of opening up unveiled Tuesday into reality, sooner rather than later, Xi declared. “We want the outcomes of our opening-up efforts to deliver benefits as soon as possible to all enterprises and people in China and around the world.”

“China’s successful exploration and practices in reform and opening up have offered a new choice for humanity as the world is at a crossroad for development,” said Chi Fulin, head of the Hainan-based China Institute for Reform and Development.