Will Mike Pompeo Replace US Secretary of State Tillerson 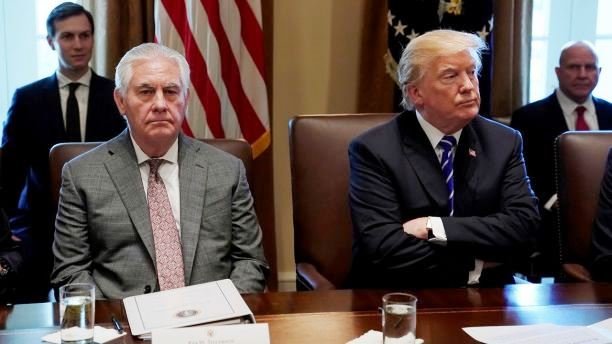 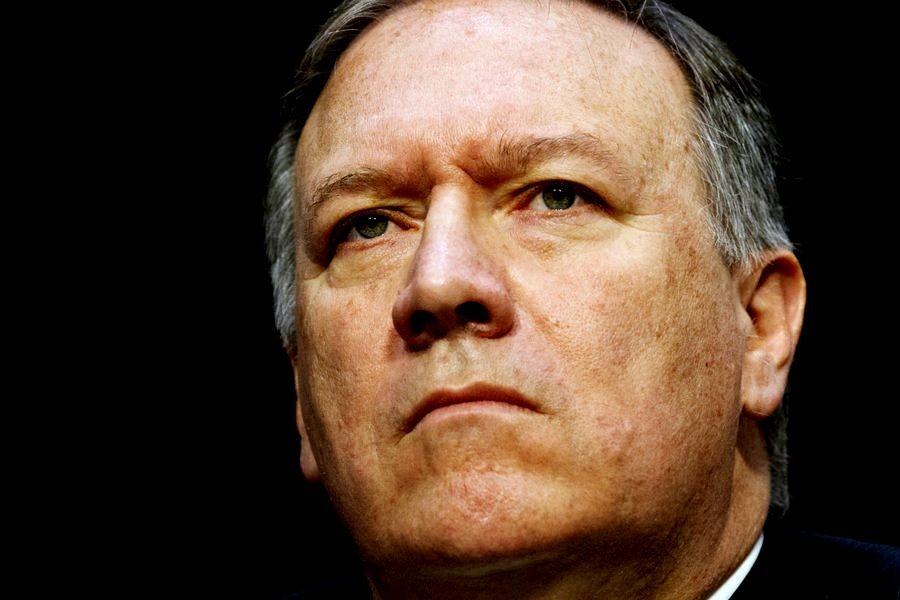 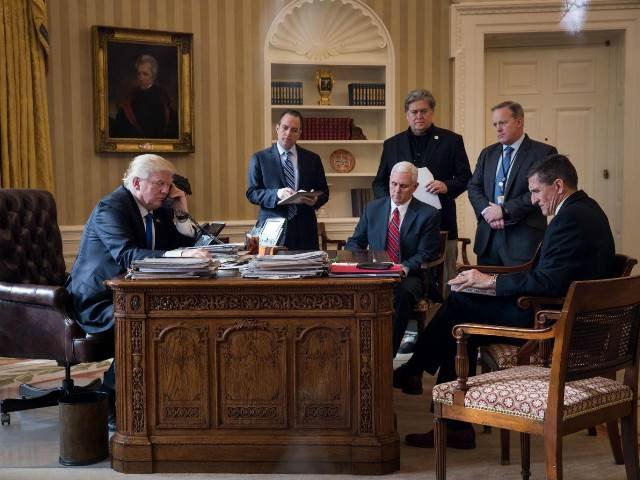 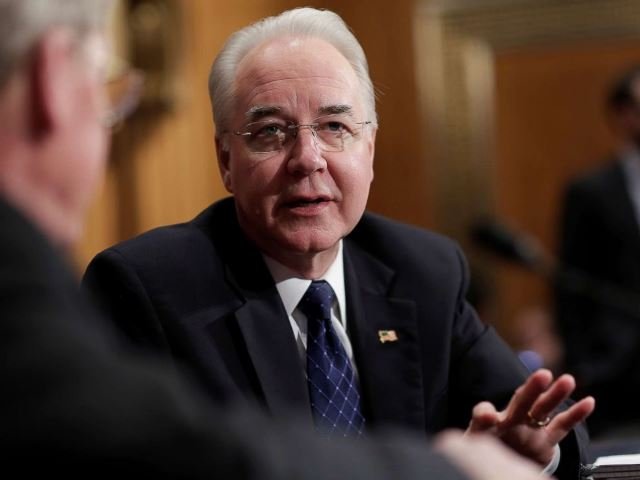 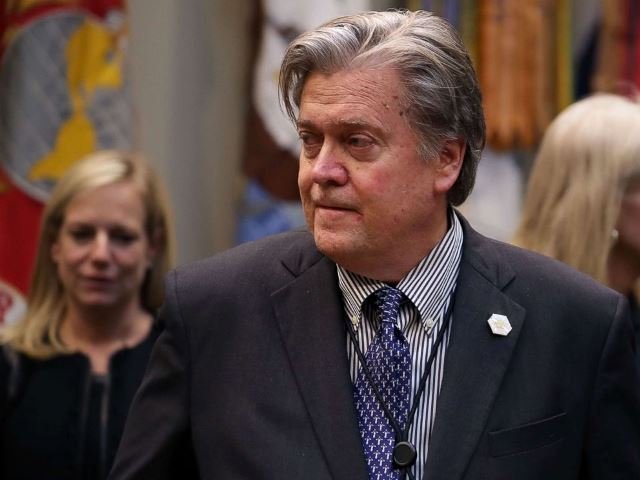 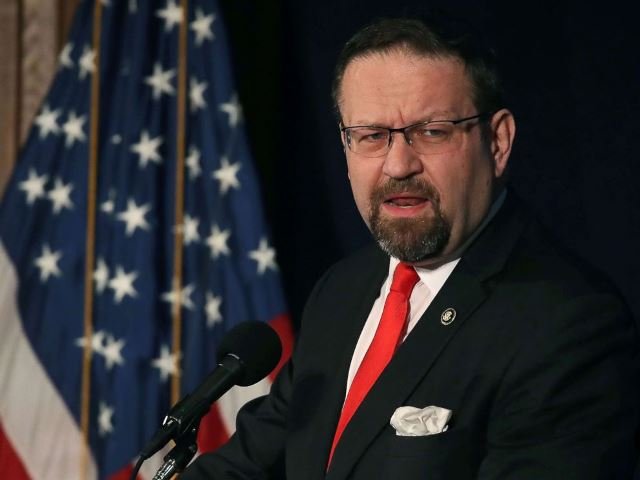 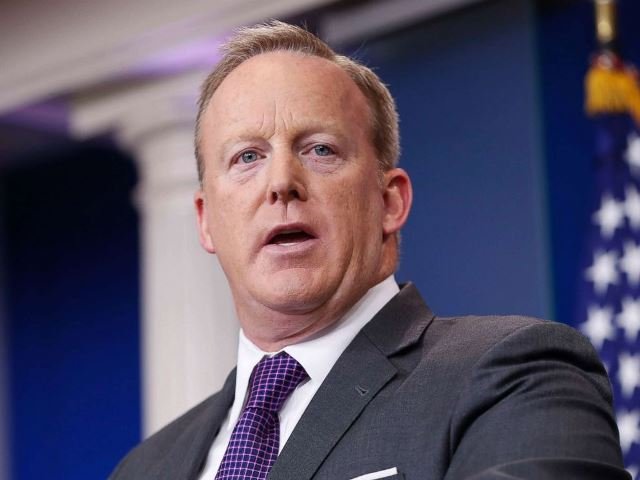 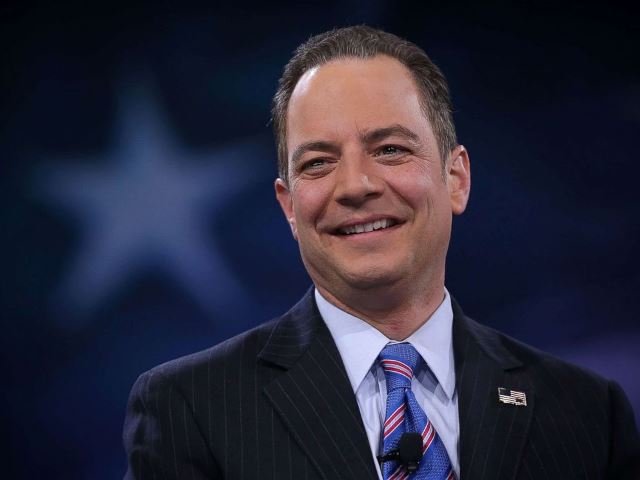 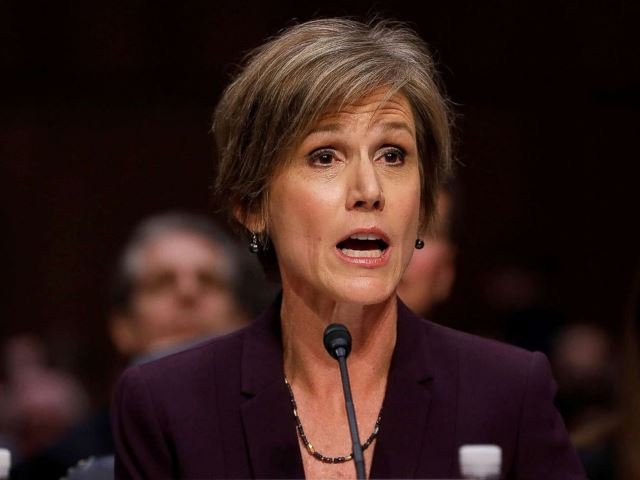 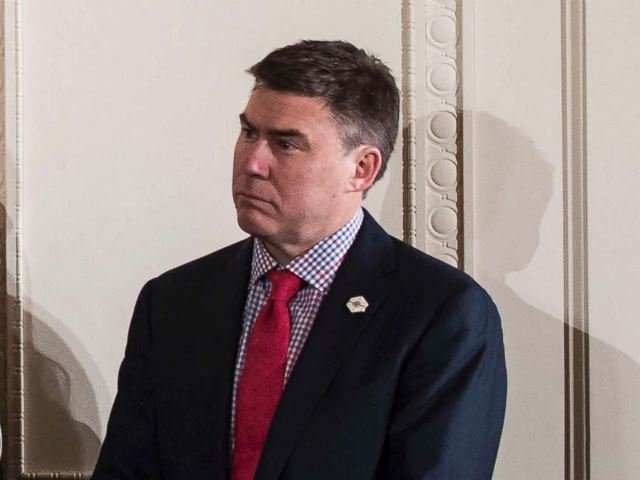 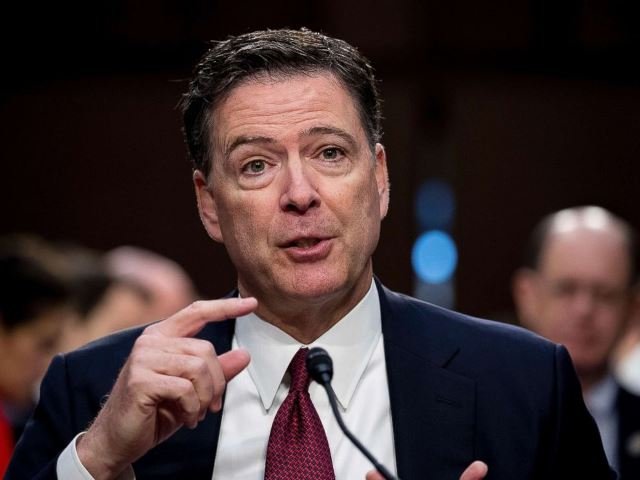 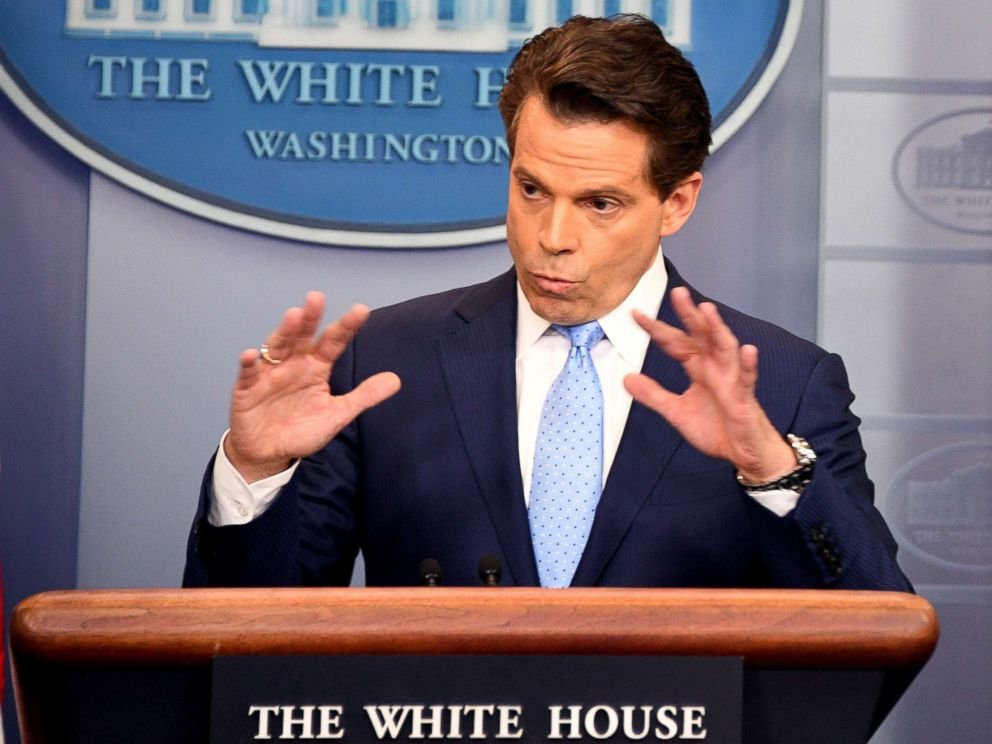 The move would put Pompeo, a former congressman who has grown close to Trump during his tenure atop the CIA, in charge of US diplomacy. Secretary Tillerson, the former Exxon Mobil chief executive officer, has had a rough first year characterized by tensions with Mr. Trump in several foreign policy areas and overwhelmingly negative publicity over Tillerson’s planned overhaul of the State Department.

Republican Sen. Tom Cotton of Arkansas, one of Trump’s staunchest defenders on foreign policy in Congress likely to fill vacancy in CIA . Senator Cotton’s office wouldn’t comment other than to say: “Senator Cotton’s focus is on serving Arkansans in the Senate.”

Tillerson’s likely ouster loomed awkwardly over an Oval Office meeting Thursday between Trump and the visiting crown prince of Bahrain. Asked by a reporter whether he wanted Tillerson to stay on the job, “He’s here. Rex is here,” the president said.

A White House official said it was unclear how soon Tillerson might be replaced, and word of the plan appeared to catch Tillerson and his staff off-guard. Tillerson aides and the State Department did not immediately respond to requests for comment. The New York Times, which first reported the potential shake-up, said it was likely to happen within several weeks.

Nor was it clear whether either Pompeo or Cotton had been formally approached by the White House about the potential new roles. Yet several administration officials said that Pompeo has said in the past that he’s open to taking the job.

White House spokeswoman Sarah Huckabee Sanders said there were no staffing changes to announce and hinted that Tillerson would likely remain at least until year’s end.

“Secretary Tillerson continues to lead the State Department, and the entire Cabinet is focused on completing this incredibly successful first year of President Trump’s administration,” she said.

The White House started telling people in September that Tillerson would be replaced, said a senior administration official. By that point, some issues that needed sign-off from the secretary of state were being put off until after Tillerson was gone, said the official, who like others wasn’t authorized to comment publicly and demanded anonymity.

Foreign leaders had anticipated Tillerson was likely to attend a scheduled gathering of NATO foreign ministers next week in Brussels, though the State Department hadn’t confirmed that.

Secretary of State Rex Tillerson is expected to step down from his position in January, according to Fox News on Thursday.

The news comes amid Tillerson’s contentious relationship with President Donald Trump. In October, NBC News reported that Tillerson considered resigning from his position last summer amid disputes with the White House. Additionally, Tillerson allegedly called the president as a ‘moron’ after a meeting with cabinet officials in October.

A Timeline of Rex Tillerson as US Secretary of State

Dec. 13, 2016 — Trump said he planned to nominate Tillerson for Secretary of State, calling him “one of the truly great business leaders of the world.”

Jan. 11, 2017 — During a Senate confirmation hearing,  the former Exxon Mobil CEO was grilled mainly by Democrats on everything from climate change, to his business interests, to his stance on Russia and China.

“This is where you were meant to be, right here, today, at this crossroads in history,” Trump told Tillerson.

Feb. 22 – 23, 2017 — Tillerson traveled to Mexico City to talk border security, law enforcement cooperation and trade with the President of Mexico, Enrique Pena Nieto and other Mexican officials, according to the U.S. Department of State. He was joined by John Kelly, who was then the U.S. Secretary of Homeland Security.

March 15 – 19, 2017 — The Secretary of State traveled to Japan, China and the Republic of Korea. In each country, he met with senior officials to discuss the nuclear and missile threat from the D.P.R.K. He also reaffirmed the United States’ commitment to “further broaden and enhance” U.S. economic and security interests in the Asia-Pacific region, according to the U.S. Department of State.

March 30 – 31, 2017 — Tillerson traveled to Belgium and Turkey. He visited NATO in Brussels after meeting with Turkish President Recep Tayyip Erdogan and other officials about how to defeat ISIS in Syria and Iraq.

April 9 – 12, 2017 — Tillerson traveled to Italy and Russia. In Lucca, Italy, he attended the G-7 Foreign Ministers’ Meeting. Later in Moscow, Tillerson met with Russian Foreign Minister Sergey Lavrov and other Russian officials to discuss Ukraine, counter-terrorism efforts and bilateral relations, among other things.

May 10 – 11, 2017 — Tillerson traveled to Fairbanks, Alaska where he attended the 10th Arctic Council Ministerial Meeting, an intergovernmental forum designed to address issues related to the Arctic region. Tillerson attended along with representatives from the eight Arctic States.

While in Germany, Tillerson was at Trump’s meeting with Russian President Vladimir Putin on the sidelines of the G-20.

Tillerson said that Trump and Putin “agreed, though, that this is a substantial hindrance in the ability of us to move the Russian-U.S. relationship forward.”

Sep. 13 – 14, 2017 — Tillerson went to London for meetings on North Korea and Libya that were hosted by the United Kingdom, the State Department said.

“On the margins of the UN General Assembly, Secretary Tillerson met with a number of his counterparts to discuss a range of bilateral and global issues,” the State Department said.

Sep. 28 – Oct. 1, 2017 — Tillerson visited China and spoke about topics like trade and “the denuclearization of the Korean Peninsula,” according to the department.

Oct. 2, 2017 — Trump appeared to publicly chide Tillerson on his handling of North Korea. At the time, the president said Tillerson was ‘wasting his time’ trying to negotiate with the rogue country over its missile and nuclear programs.

Oct. 4, 2017 — Tillerson allegedly called Trump a “moron” after a meeting with cabinet officials on July 20. The comments came after President Trump gave a controversial speech to the Boy Scouts of America in July. Tillerson, who served as the president of the organization from 2010-2012, was reportedly upset over the content of the speech and allegedly threatened to quit.

Oct. 4, 2017 — Tillerson called a press conference to address the reports, but sidestepped questions about his “moron” comment.

“I’m not gonna deal with petty stuff like that,” Tillerson said at the time. “The places I come from, we don’t deal with that kind of petty nonsense. It is intended to do nothing but divide people and I’m not gonna be part of this effort to divide this administration.”

He did reaffirm that he was not planning on resigning, however.

Nov. 4 – Nov. 16, 2017 — Tillerson joined the president during his five-nation tour of Asia that included stops in Japan, South Korea, China, Vietnam and the Philippines, the State Department said.

The first nine months of Donald Trump’s administration has been marked by several high-profile resignations and firings of people in key government posts.

List of the biggest departures (Sept. 2017)  to rock Washington, starting with the most recent

Among other notables who left President Donald Trump