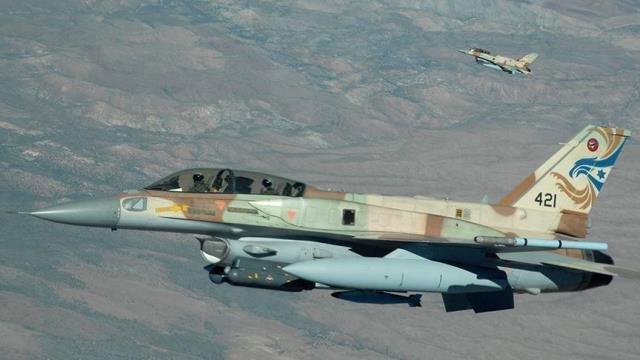 The “blatant assault” led to material losses at the site in the countryside around the capital, it said.

An Israeli military spokeswoman declined to comment on reports of the attack.

The Syrian Observatory for Human Rights reported that the missile attack was likely carried out by the Israeli military and targeted several government military bases in Al Kiswah on the southwest outskirts of Damascus.

Sources told Al Jazeera that the Israeli raid was aimed at government military sites and positions of the Lebanese Hezbollah movement and that the sound of large explosions caused by the raid was heard in Damascus and its surroundings.

The Observatory further reported power outages in many areas of the Syrian capital.

Al Qoraish, an Arab newspaper published from London, reported that several Iranian soldiers were killed or wounded in the attack. Al Jazeera was unable to verify the report.

According to Syria’s state-run SANA news agency, pro-government forces managed to destroy two of the missiles in a response attack.

“The Israeli enemy fired after midnight at 12:30 several ground-to-ground missiles at a military location in the countryside of Damascus, where our air defences intercepted and destroyed two missiles,” SANA cited security sources as saying.

The missile attack was believed to be the latest in a series of israeli attacks on Syria, where a six-year civil war has devastated much of the country and displaced millions of citizens.

Earlier this year, a senior Israeli official vowed that Israel would bomb Syrian President Bashar al-Asad’s  palace in Damascus if Iran and Hezbollah continued to expand its sway over the war-torn country.

The Syrian conflict began in March 2011 against the Assad government, but it morphed into a civil war that has killed hundreds of thousands of people.

Turkish News Agency ‘Andalou’ reported today that Israel has reportedly carried out airstrikes outside the Syrian capital Damascus overnight, according to local sources.

Warplanes struck a weapons dump belonging to the Lebanese group Hezbollah in the Jabal al-Mani area, southwest of Damascus, the sources said on condition of anonymity due to security concerns.

The Israeli strike also targeted a site belonging to the Syrian regime in the area, the sources said.

There was no official Israeli comment on the alleged attack.