US Vice President Pence is Not Welcome in Palestine 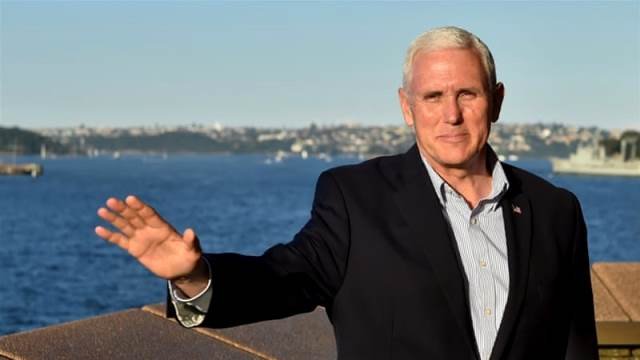 A senior Palestinian official has said that US Vice President Mike Pence is not welcome in the occupied territories during his scheduled visit later this month.

“We will not receive him in the Palestinian territories,” Jibril Rajoub said on Thursday, a day after US President Donald Trump formally recognised Jerusalem as the capital of Israel and said he would start the process of moving its embassy there.

The controversial decision has sparked anger and protests throughout the occupied Palestinian territories, and drawn international condemnation from world leaders.

The embassy move breaks with decades of US policy and risks igniting a “powder keg” in the Middle East region, analysts say.

Pence is expected to visit Israel later this month, with a stop in the Palestinian city of Bethlehem.

A US official, speaking to the Associated Press news agency on condition of anonymity, said that Pence still planned to meet Palestinian President Mahmoud Abbas, noting it would be “counterproductive” to cancel.

Trump’s embassy move has inflamed the Israel-Palestine conflict, in which the status of Jerusalem is a key issue. The Palestinians see occupied East Jerusalem as the capital of their future state.

In announcing the embassy move, Trump said he remained “deeply committed” to finding a peace agreement, noting that the US “would support a two-state solution if agreed to by both sides”.

Abbas recently met Jordan’s King Abdullah II, after which they issued a joint statement noting that “any measure tampering with the legal and historical status of Jerusalem is invalid” and warning of the “dangerous” repercussions of the embassy move.