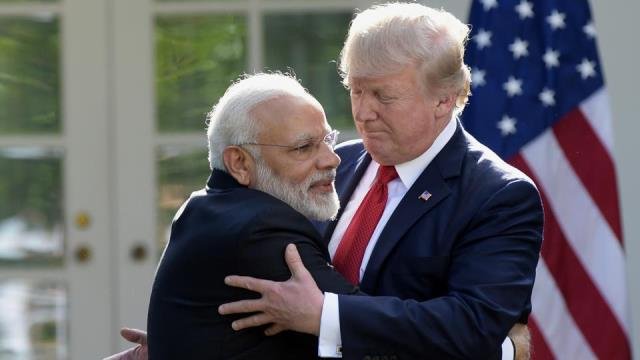 In one of his first tweets of 2018, President Donald Trump turned up the heat against a country that has been increasingly under the watchful eye of the U.S. government: Pakistan.

“The United States has foolishly given Pakistan more than 33 billion dollars in aid over the last 15 years, and they have given us nothing but lies & deceit, thinking of our leaders as fools,” Trump tweeted on monday. “They give safe haven to the terrorists we hunt in Afghanistan, with little help. No More!”

The tweet came several days after the New York Times published an article suggesting the US might scrap $ 255 million in aid for Pakistan because the country didn’t do enough to confront terrorist networks operating within its borders. The story cited a recent case where the U.S. demanded access to a captured militant from the Taliban-linked Haqqani network and the Pakistani government refused.

✔@realDonaldTrump
The United States has foolishly given Pakistan more than 33 billion dollars in aid over the last 15 years, and they have given us nothing but lies & deceit, thinking of our leaders as fools. They give safe haven to the terrorists we hunt in Afghanistan, with little help. No more!
Trump also lashed out at Pakistan during a December 18 speech to introduce the new U.S. national security strategy, suggesting that Pakistan has to help the U.S. in its counterterrorism efforts. And in a speech on August,  Trump also issued some veiled threats against Pakistan.

“We can no longer be silent about Pakistan’s safe havens for terrorist organizations, the Taliban, and other groups that pose a threat to the region and beyond,” he said. “Pakistan has much to gain from partnering with our effort in Afghanistan. It has much to lose by continuing to harbor terrorists.”

The traditionally cooperative relationship between the U.S. and Pakistan soured even further in November after Pakistan chose to release from house arrest Hafiz Saeed, a militant who founded the terrorist group Jamaat-ud-Dawa. It’s widely believed the group was behind the bloody 2008 terrorist attack in Mumbai that left 168 people dead.

Saeed is wanted in the U.S. with an award of $10 million on his head, but he has lived freely in Pakistan for years and openly mocked U.S. efforts to capture him. Many claimed his release from house arrest would allow Saeed to become more involved in Pakistani politics. A substantial number of people in Pakistan admire Saeed for forging a campaign to fight India in the contested region of Kashmir.

On Monday, however, Reuters reported that Pakistan plans to seize control of charities and financial assets linked to Saeed, a sign the militant will not be permitted to operate with impunity.

But Trump’s Monday tweet appears to have hit a nerve in Pakistan. The country’s Foreign Minister Khawaja Muhammad Asif took to Twitter on Monday to promise that Pakistan will issue a response to Trump’s tweet shortly.

“[Pakistan] will let the world know the truth,” he wrote.