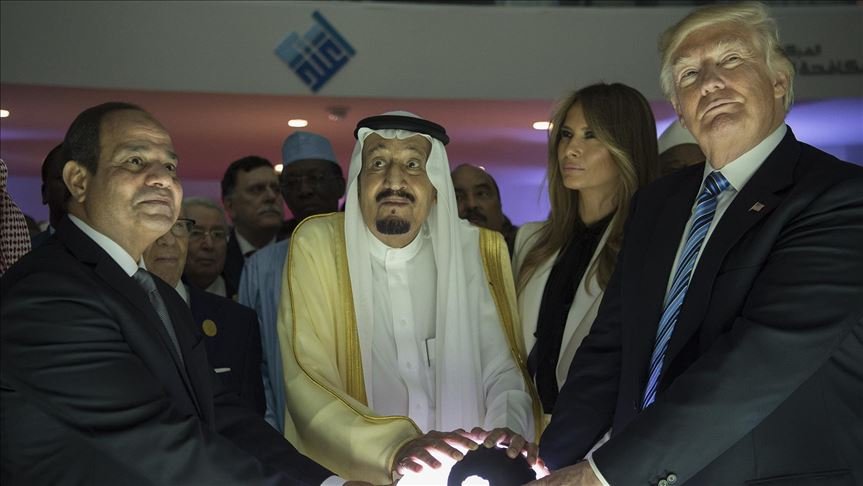 On April 17, President Donald Trump vetoed a bill passed by both houses of Congress that would have ended U.S. military assistance to Saudi Arabia’s military intervention in Yemen. To justify his decision, Trump described the bill as an “unnecessary and dangerous attempt to weaken his constitutional authority” and stated that the bill’s implementation would “endanger the lives of American citizens.”

Although Trump’s decision to renew Washington’s military support for Saudi Arabia’s war in Yemen was unsurprising, it brought long-standing discord between the White House and Congress on Yemen to the fore. This dissension first surfaced in October 2016, when 27 Senators voted for a resolution, blocking $1.15 billion in U.S. arms sales to Saudi Arabia for use in Yemen and urged the Obama administration to hold Riyadh accountable for civilian casualties in Yemen. By March 2018, the number of Senators opposing U.S. support for the Saudi-led coalition in Yemen had risen to 44. Trump withstood this anti-war pressure, however, by praising Saudi Arabia’s purchases of U.S. weaponry and its positive economic impact, during Crown Prince Mohammed bin Salman’s visit to Washington.

The October 2018 murder of Jamal Khashoggi has increased the scale of Congress’s resistance to Saudi Arabia’s military intervention in Yemen, and encouraged senior Republicans, like South Carolina Senator Lindsey Graham, to turn against the war. In addition, some anti-war members of Congress have attributed Trump’s defense of Saudi conduct in Yemen to inappropriate Saudi influence over White House decision-making. These allegations partially explain why Trump’s Yemen veto received a hostile reception in Congress and inspired an initiative from Vermont Senator Bernie Sanders to override Trump’s veto through a new congressional vote.

Donald Trump’s willingness to risk congressional criticism by vetoing a bill that called for the end of Saudi Arabia’s war in Yemen can be explained by three main factors. First, Trump views Saudi Arabia’s endorsement of Jared Kushner’s “Deal of the Century” for Israeli-Palestinian peace as an essential precondition for its eventual implementation and does not wish to jeopardize this deal by opposing Riyadh’s conduct in Yemen. Concerns about Saudi Arabia’s willingness to support Kushner’s peace plan surfaced in February, after an Israeli report revealed that King Salman opposed his son Saudi Crown Prince Mohammed bin Salman’s conciliatory attitude towards Kushner’s deal. This report was followed on February 28 by Kushner’s visit to Saudi Arabia, where he discussed his peace plan with both King Salman and the Saudi crown prince.

As the positions of major U.S. allies in the Middle East are polarized between the critical attitudes of Turkey and Jordan, and the allegedly more accommodating views of the United Arab Emirates (UAE) and Oman, the importance of Mohammed bin Salman’s endorsement of the Kushner plan has significantly increased for U.S. policymakers. The Trump administration hopes a conclusive statement of support for Kushner’s plan from Mohammed bin Salman could inspire a chorus of positive reactions from Riyadh’s Gulf Arab allies and Egypt. In order to avoid a confrontation with Mohammed bin Salman, Trump has refused to support the CIA’s conclusion that the Saudi crown prince was involved in Khashoggi’s murder and publicly described Saudi Arabia as a “great ally” of the United States. As the war in Yemen is the signature element of Mohammed bin Salman’s foreign policy agenda, Trump hopes that his loyal defense of Saudi Arabia’s conduct will encourage the crown prince to openly lobby for Kushner’s increasingly contentious peace plan.

Second, Trump’s defense of the legitimacy of Saudi Arabia’s military intervention in Yemen aligns with his administration’s policy of depicting ceasefire violations by Iran-aligned Houthi rebels as the leading contributor to Yemen’s humanitarian crisis. The Trump administration’s policy of assigning blame to the Houthis was underscored by a March 21 statement from U.S. Ambassador to Yemen Matthew Tueller, which accused the Houthis of “stalling” their pledged withdrawal from Hodeidah and lambasted the rebel group for lacking “political maturity”.

This focus on Houthi intransigence is also linked to U.S. efforts to highlight Iran as the leading obstructionist of peace efforts in Yemen. In December 2018, the United States drafted a UN resolution that blamed Iran for the disruption of food supplies to Yemen’s Red Sea port of Hodeidah. Russia ultimately blocked this resolution, but in February, U.S. Secretary of State Mike Pompeo emphasized Iran’s culpability in Yemen’s humanitarian crisis. The narrative that Iran is the primary destabilizer in Yemen has also been promoted by President Trump, who claimed on November 20 that Saudi Arabia “would gladly withdraw from Yemen if the Iranians agreed to leave.”

A withdrawal of U.S. military support for Saudi forces in Yemen would signify a marked break from Washington’s focus on containing Iran, as it would limit Riyadh’s ability to retaliate against violations of the Stockholm Agreement by the Houthis. As Trump’s maximum pressure strategy to contain Iran is enthusiastically supported by Pompeo and National Security advisor John Bolton, maintaining support for the Saudi-led coalition is essential for the preservation of cohesion within his administration.

Although the Saudi military remains reliant on U.S. technology, some U.S. officials fear that Saudi Arabia will retaliate against a withdrawal of support for its war in Yemen by purchasing Russia’s flagship S-400 missile defense system and procuring civilian nuclear energy from Moscow. These purchases would greatly bolster Russia’s status on the Arabian Peninsula and strengthen Moscow’s bid to position itself as a “hedge partner” for Arab countries concerned about U.S. disengagement from the Middle East.

The central role of Saudi Arabia in Trump’s vision for the Middle East and the looming threat of Russia will likely prevent Trump from changing his mind on Yemen in the near term. In order to push back against congressional criticism of his Yemen veto, Trump might draw attention to constructive developments in Saudi Arabia’s policy towards Yemen. This would build on previous public statements, where Trump highlighted Saudi Arabia’s donations of billions of dollars to the alleviation of Yemen’s humanitarian crisis and pledges to invest in Yemen’s reconstruction.

The Trump administration might also emphasize Saudi Arabia’s efforts to weaken the influence of al-Qaeda in the Arabian Peninsula (AQAP), which have historically benefited from U.S. logistical support, and highlight Houthi threats to launch missiles on Riyadh, Abu Dhabi and Dubai. These justifications will likely fail to assuage Congress’s most strident critics of Saudi Arabia but might convince Republicans who are frustrated with Saudi conduct in Yemen to express tepid support for Riyadh’s intervention in Yemen. The plausibility of this scenario suggests that Trump’s veto has given U.S. involvement in Yemen a stay of execution for the foreseeable future.

The writer is a DPhil candidate in International Relations at St. Antony’s College, University of Oxford. He is also a journalist who contributes regularly to The Washington Post and The Diplomat.