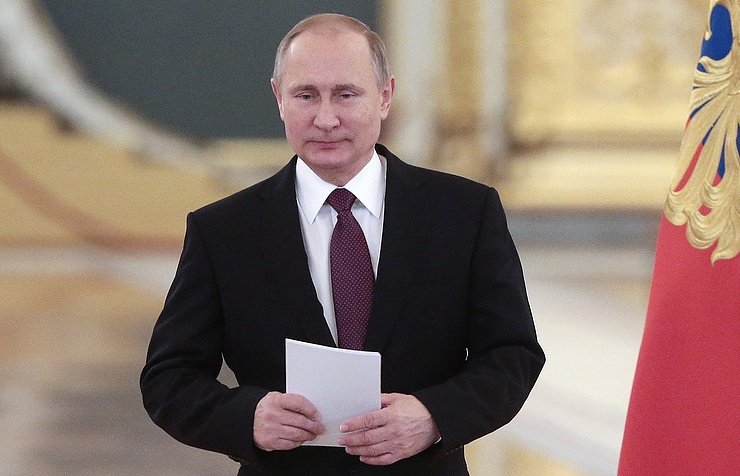 Russian President Vladimir Putin has made a decision not to expel any US diplomats from Russia in retaliation for Washington’s latest sanctions against Moscow and invited their children to a New Year party in the Kremlin.

Putin noted that Washington’s actions against Russia cause damage not only to the bilateral relations but the world as a whole. “We consider the new unfriendly steps by the outgoing US administration to be provocative and aimed at further undermining the Russian-US relations,” he said. “This definitely contravenes the fundamental interests of both the Russian and American people.”

“Considering special responsibility of Russia and the United States for the preservation of global security, this causes damage to the entire range of international relations,” he added.

Russian President stressed that, in accordance with the established international practice, Moscow has every reason for an adequate response. According to Putin, Russia reserves the right to retaliate, but will not stoop to diplomatic cat-fight. “While reserving the right to take retaliatory measures, we will not stoop to the level of the so-called ‘cat-fight’, irresponsible diplomacy and take further steps to restore the Russian-US relations taking into account the policy that will be pursued by the administration of President Donald Trump,” Putin said.

New Year holidays for US diplomats in Russia

Putin also said that Russia would not prevent the families and children (of diplomats) from using the customary rest and leisure facilities and sites during the New Year holidays. “Moreover, I am inviting all children of US diplomats accredited in Russia to the New Year and Christmas parties in the Kremlin,” Putin said.

The Russian leader voiced regret over the fact that “the administration of President Barack Obama is ending its work in this way.” “Nevertheless, I wish him and members of his family a Happy New Year. I also congratulate President-elect Trump and the entire American people. I wish all of you success and prosperity,” the statement reads.
US sanctions

The administration of President Barack Obama earlier slapped new sanctions on Moscow over its supposed cyber attacks on US institutions. The restrictive measures announced on Thursday apply to some Russian companies, the Federal Security Service and the Russian General Staff’s Main Department and its senior officials.

In addition to that, US authorities declared 35 Russian diplomats persona non-grata. Washington also informed Moscow that it would deny Russian personnel access to two recreational compounds in the United States owned by the Russian government. Moscow has repeatedly denied any involvement in cyberattacks.

Commenting on the new sanctions, Russian Presidential Spokesman Dmitry Peskov said they are a manifestation of aggression.

Russian Foreign Ministry spokeswoman Maria Zakharova said today A total of 96 Russian diplomats and their family members will have to leave the US.

Zakharova said that some of the Russian diplomats, who have been declared persona non-grata by the Obama administration, arrived in US only two months ago.