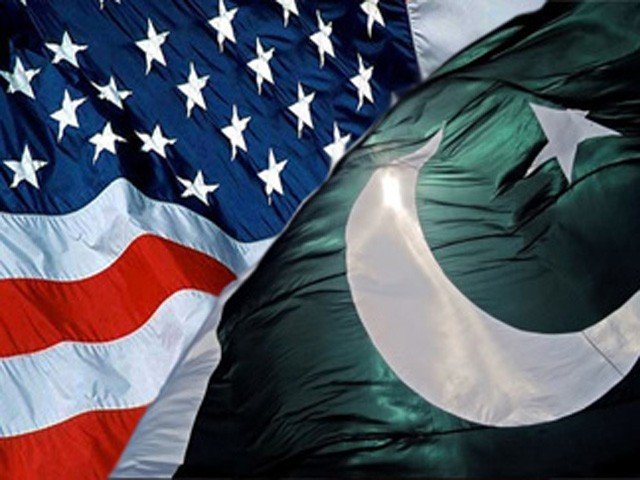 Pakistan’s Foreign Office summoned the US ambassador in Islamabad on Monday and lodged its protest against Trump’s tweet.

As reported by AlJazeera News on Monday, Richard Snelsire, US embassy spokesperson, confirmed to Al Jazeera that David Hale was called upon by the foreign office.

Pakistan has hit back after accusations of deception and providing a safe haven for “terrorists”, levelled by US President Donald Trump via Twitter.

In his first tweet of the year on Monday, Trump threatened to cut aid to Pakistan for allegedly lying to the US and offering “little help” in hunting “terrorists” in Afghanistan.

“The United States has foolishly given Pakistan more than $33 billion in aid over the last 15 years, and they have given us nothing but lies and deceit, thinking of our leaders as fools,” Trump said.

“They give safe haven to the terrorists we hunt in Afghanistan, with little help. No more!”

In a strongly worded response, Khawaja Asif, Pakistan’s foreign minister, said Trump is trying to blame Pakistan for its failure to win the war in Afghanistan.

“Trump is disappointed at the US defeat in Afghanistan and that is the only reason he is flinging accusations at Pakistan,” Asif told the Pakistani TV network Geo on Monday.

“We have already told the US that we will not do more, so Trump’s ‘no more’ does not hold any importance.”

He said “Pakistan is ready to publicly provide every detail of the US aid that it has received.”

Shahid Khaqan Abbasi, Pakistan’s Prime Minister, has called a meeting of the National Security Committee (NSC), comprising the army chief, naval and air heads, intelligence chiefs and other ministers, on Tuesday to discuss the future course of action.

“The NSC meeting is going to be crucial because the Pakistani government is going to come out with a firm response against what they say is an irrational, irresponsible statement by the US president,” Al Jazeera’s correspondent said.

Relations between the US and Pakistan have deteriorated since the Trump administration began taking a hard line on Afghanistan.

Last Thursday, Pakistan’s military warned the US against the possibility of taking unilateral action against armed groups on its soil.

During a surprise visit to the US largest military base in Afghanistan in December, US Vice President Mike Pence said “Trump has put Pakistan on notice”.

Pakistan’s foreign office reacted by saying “allies do not put each other on notice” and calling for the focus instead to be on creating “peace and reconciliation”.

Zahid Hussain, a security analyst, told Al Jazeera that Trump’s “crude” message does not come as a surprise.

“We have seen that relations between Washington and Islamabad have been strained for some time and they are increasingly becoming hostile,” he told Al Jazeera by phone from Islamabad.

He said the Trump administration’s tough rhetoric and growing pressure on Pakistan reflects “US frustration at not achieving any stability in Afghanistan after more than 16 years of conflict”.

Commenting on Trump’s reference to “$33 billion in aid over the last 15 years”, Asif, the Pakistan defence minister, said: “If we account for it, they include reimbursements too for the services rendered by Pakistan.”

Of the US funds allocated to Pakistan, a considerable portion goes to the Coalition Support Fund (CSF), which is the reimbursement for costs incurred by Pakistan for participating in the US-led “war on terror” and supporting US operations in Afghanistan.

Since 2001, the US has appropriated $33bn to Pakistan, according to official US figures, sourced from the Congressional Research Service.

Total aid actually disbursed during that period stands at $14.788bn, according to US AID figures.

In August, the US said it was withholding $255m in military assistance to Pakistan until the country increased its efforts to crack down on internal “terrorist” groups.

Hussain, the security analyst, said the curtailing of funds to Pakistan by Trump’s administration will not have a significant effect on the economy.

“There will be a period of difficulty if America stops all aid,” he said, “But it will not lead to the complete collapse of Pakistan’s economy.”