UN Security Council Meeting on Reforms Takes Off in Doha 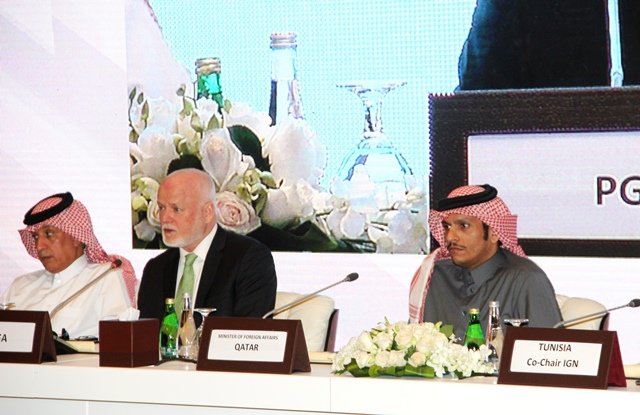 In his opening speech while welcomimng the participants, Sheikh Mohammed bin Abdulrahman Al-Thani, Foreign Minister of State of Qatar stressed that the most important challenges to the world order are the stability of international community and safety of its people.

He said that the UNSC’s failure in carrying out its responsibilities underscores the importance of reform of the Council, which was formed decades ago under a different international circumstance. The UNSC now is not able to
keep up with the developments that have occurred in the structure and interactions of the international system over the past decades, he explained.

He added that Qatar’s hosting this meeting stems from its role as an active member in the international community and the broad agreement among the members that the Security Council reform is the collective interest of the member-states and the United Nations system.

Qatar Foreign Minister pointed out that the UNSC reform can only be realised by bringing greater transparency to the work of the Council and increasing its members according to standards and regulations which would create a fair balance in representation and effi ciency in performance.

He said that Qatar sees peace more comprehensively than just the absence of violence, adding that peace is to address all aspects of development, strengthening institutions, education and opening opportunities for economic recovery and political and economic integration of young people, and addressing issues of inequality, human rights violations, injustice and exclusion.

The Foreign Minister stressed on the importance of understanding and flexibility in opinions on the reform of the Security Council.