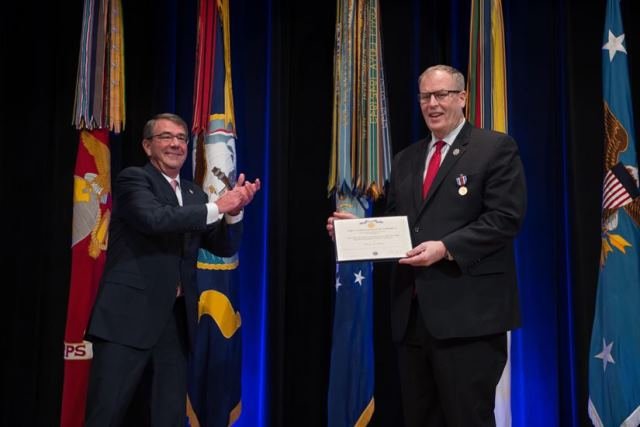 Carter said the department was recognizing Work “for his outstanding work and partnership [and] his visionary leadership and management of the defense enterprise as deputy. And, I’m going to repay in small measure a great personal debt and award him our highest civilian honor — DoD’s Distinguished Public Service Award.”

Work, who will stay on until the incoming administration’s deputy defense secretary is confirmed, was named in the award citation as leading the third offset strategy’s development and the department’s crucial effort to maintain conventional deterrence.

Work implemented more than $7.9 billion in management reforms, headed the Nuclear Deterrence Enterprise Review Group, the Women in Service review, the Force of the Future implementation group, and the Military Health System review. He led three ministerial-level multilateral engagements with the Nordic and Baltic countries and focused the department on emerging cyber, space and electronic warfare threats, according to the citation.