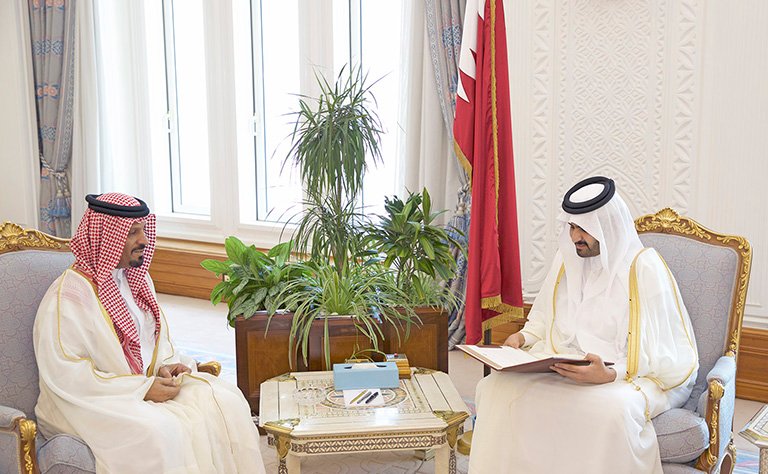 Invitation was delivered by Saleh Mohammed bin Nasra Al Amri, ambassador of United Arab Emirates to State of Qatar to Sheikh Abdullah bin Hamad Al-Thani, Deputy Emir of Qatar during a meeting at the Emiri Diwan.