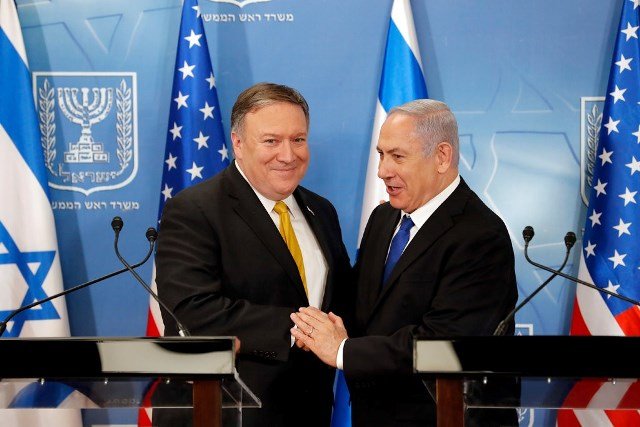 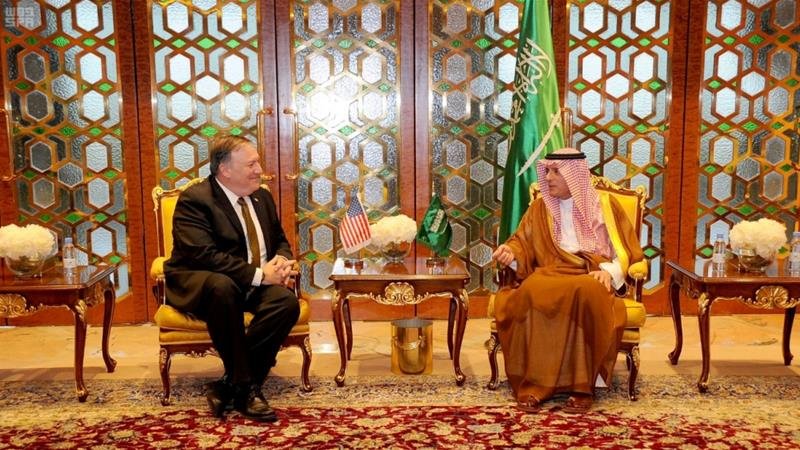 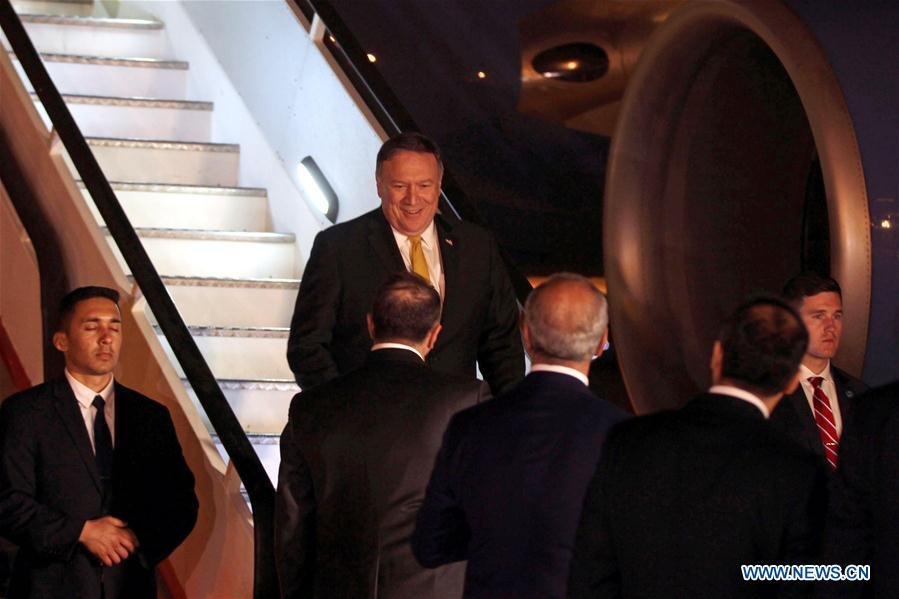 The United States is “deeply concerned” about Iran’s efforts to expand its forces in the Middle East, U.S. Secretary of State Mike Pompeo said after meeting Israel’s Prime Minister Benjamin Netanyahu on Sunday.

“We remain deeply concerned about Iran’s dangerous escalation of threats towards Israel and the region,” Pompeo said during comments alongside Netanyahu.

The two met at the defense ministry in Tel Aviv amidst the newly-appointed secretary of state’s three-day visit to the region.

The prime minister congratulated Pompeo upon taking office last week, saying Israel is “very proud of the fact that this is your first visit as secretary of state.”

Pompeo called Netanyahu “an incredibly important partner” as a reply.

Commenting on the upcoming May 12 deadline when U.S. President Donald Trump is due to decide on the extension of the waiver on nuclear-related sanctions against Iran, Pompeo said that Trump will exit the agreement if the U.S. administration “can’t fix it.”

Pompeo also reiterated the U.S. commitment to relocating its embassy from Tel Aviv to Jerusalem on May 14. The controversial move has triggered a strong Palestinian condemnation and a new wave of violence between Israel and the Palestinians.

He also stressed that Trump said in December 2017 that the borders of the Israeli sovereignty in Jerusalem are subject to “negotiations between the sides,” and the United States has remained committed to achieving “a long and lasting peace that offers a better future for both Israel and the Palestinians.”

Pompeo arrived in Amman from Tel Aviv late evening of Sunday for two-day visit as part of a Middle East tour that also covered Saudi Arabia and Israel.

During the visit, Pompeo will hold talks with King Abdullah II of Jordan and Minister of Foreign Affairs Ayman Safadi over ways to enhance political and economic ties between the two countries.

Earlier, Saudi Arabia’s King Salman received on Sunday US Secretary of State Mike Pompeo, who is using the Middle East leg of his first trip abroad as America’s top diplomat to call for concerted international action to punish Iran for its missile programs.

He’s also urging Saudi Arabia and its neighbors to resolve a long-festering dispute with Qatar that US officials say Iran is exploiting to boost its influence in the region, including in Yemen and Syria.

“I think they would all agree that it’s in everyone’s best interests that the Gulf states all figure out how to be together,” Pompeo told reporters as he traveled to Israel. “We’ve got a common challenge in Iran I think they all recognize that. We’re hopeful that they will in their own way figure out their dispute between them.”