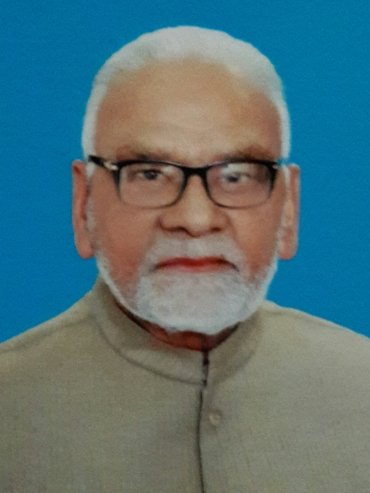 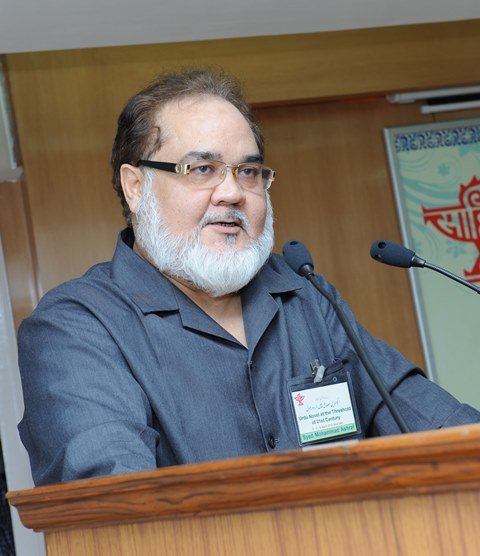 The annual awards instituted since 1996 by Qatar based world renowned literary organization, Majlis-e-Frogh-e-Urdu Adab (Forum Promoting Urdu literature) will be presented to the winners  at a glittering ceremony in November this year.

The award carries a cash prize of Rs. 150,000/= and a gold medal for each winner. It is given every year to  a fiction writer/ research scholar/ critic, each from India and Pakistan for their significant contribution towards the promotion of the Urdu language and literature.
Majlis Chairman Mohammad Atiq said that the award winners were chosen by two independent juries, comprising eminent Urdu scholars, in Aligarh  and Lahore.
The meeting in India was conducted  on a skype conference call under the Jury chairmanship of Padam Bhushan joined by Prof. Dr Gopi Chand  Narang (former chairman, Sahitya Academy presently in USA), Prof. Muhammad Shafey Qidwai and Rashid Anwer Rashid (Aligarh) and Nusrat Zaheer Ahmed (New Delhi).
The Pakistani panel was headed by Prof. Dr. Khurshid Rizvi joined by Prof. Dr. Saleem Akhter, Prof. Dr. Tehsin Firaqi and Prof. Dr. Zahid Munir Aamir.

2018 nominated awardee from India Syed Muhammad Ashraf was born on 8th July,1957 in  Sitapur. He served in Government’s Indian Revenue Service and held the position of Income Tax Commissioner, Aligarh.

Syed Muhammad Ashraf is Master’s Degree holder Gold Medalist, First Class First from Aligarh Muslim University. He is holder of 1st position in BA (Hons) and obtained Pre-University examination in the first division from AMU.
Announcing the award, Prof. Dr. Narang said that Ashraf’s fiction has artistically portrayed the suffering and pain of millions of migrants across the border. He is known  for the sensitive depiction of the middle class Muslim culture and the sufi heritage. He writes chaste and elegant Urdu and ranks among the top class writers”.
Syed Muhammad Ashraf has shown his creativity in all his fiction stories, novels, poetry and non-fiction prose, which is unparalleled. Among his fiction books include ‘Dar se Bichrhe’ (1994), ‘Baad-e-Saba ka Intezar’ (2000), in novels ‘Mera man; Ek qissa suno’, ‘Number war ka Neela'(1997 ), ‘Murdar Khor’ and  ‘Aakhri Sawariyan’ got fame. Many of his novels have been translated into English, Hindi and other Indian languages. Moreover, he has also written the bio-graphy of his father, titled ‘Yaad-e-Hassan’ and published a collection of his naatia poetry titled ‘Sallo alehe waleh’. Many students of Jammu University, Aligarh Muslim University and Delhi University are doing M. Phil. on his novels ‘Dar se Bichrhe’ and  ‘Number war ka Neela’.

In recognition of his services in promoting of Urdu literature, Syed Mohammad Ashraf has been honoured with the highest literary awards in India including Sahitya Academy Award (2003), UP Urdu Academy Collective Services  Award (2013), Madhya Pardesh  Govt.’s ‘Iqbal Samman Award’ (2017) and ‘Katha award’ (1995).

2018 nominated Awardee from Pakistan, Dr Mazhar Mahmood Shairani was born on 9th October, 1935. Dr Mazhar Mahmood Shairani is holding Doctorate in Urdu (1987), he is holder of Masters degrees in History (1958) and Persian (1960). He obtained his BA Degree in 1956, FA is 1954 and Matric Certificate in 1952.
Dr. Mazhar Shairani belongs to a well literary family. His grandfather Hafiz Mahmood Shairani was a well reputed Urdu research scholar and his father Akhter Shairani, a renowned Urdu romantic poet.
He himself has long years of teaching and research experience. He has served as Associate Professor and Assistant Professor in government colleges in Muzaffargarh, Sheikhupura and Lahore from October 1960 to  October 1995 till his retirement.  From Oct. 2003 to June, 2017, he was associated with Government College University, Lahore
A number of his students obtained M. Phil and Ph.D degrees. Under his supervision, to his credit are two huge volumes of translation from Persian to Urdu dictionary.
Dr. Mazhar enjoys being a distinguished writer and Research scholar in the whole Indian-Pakistan sub-continent. He commands on Urdu, Persian and history and over all aspects of dictionary. Among his  famous fiction stories include ‘Kahan  sa laon Unhen’ and ‘Benishanon ka Nishan’.

Dr. Mazhar has compiled innumerable articles of Hafiz Mahmood Shairani spread over a number of different books, magazines and journals, in 10 heavy volumes, which  were published by Majlis-e- Taraqqi Adab. He wrote his valuable footnotes over these books . These articles are invaluable asset to Urdu research and literature