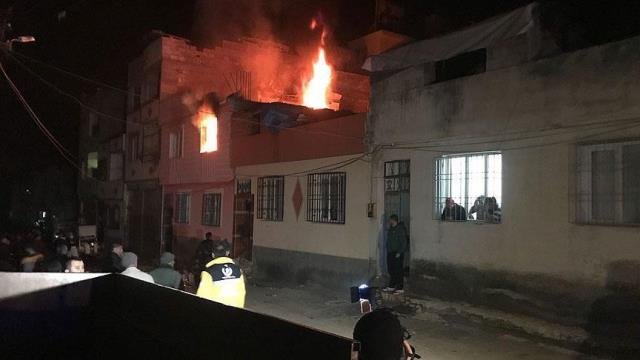 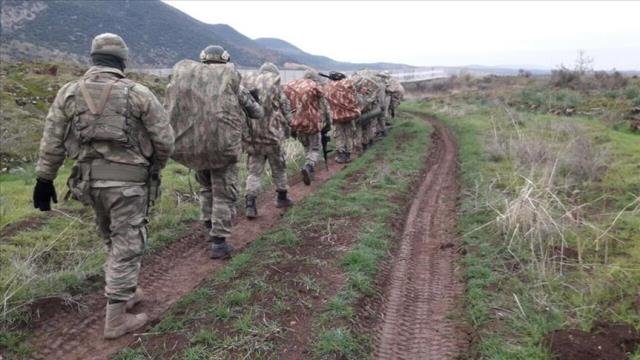 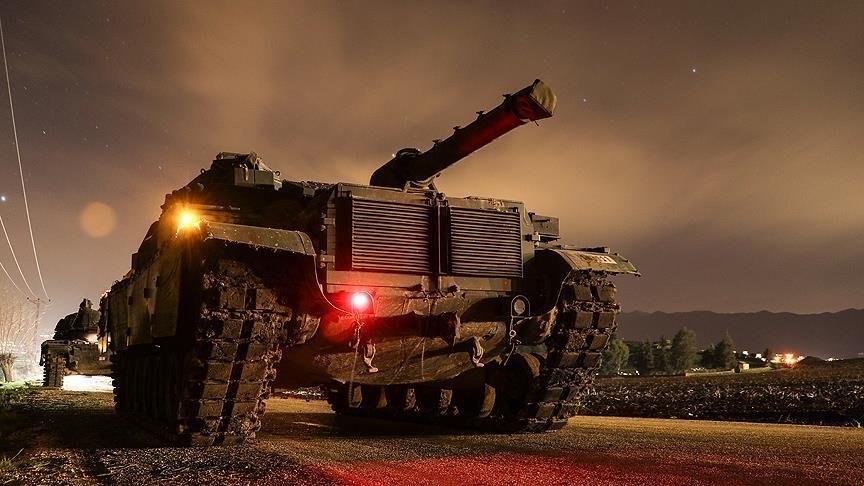 Turkey launched “Operation Olive Branch” on Saturday at 5 p.m.(1400 GMT) in Syria’s northwestern Afrin region; the aim of the operation is to establish security and stability along Turkish borders and the region as well as to eliminate PKK/KCK/PYD-YPG and Daesh terror groups, and protect the Syrian people from the oppression and cruelty of terrorists.

The operation is being conducted under the framework of Turkey’s rights based on international law, UN Security Council’s decisions, especially no. 1624 (2005), 2170 (2014) and 2178 (2014) and as per the self-defense right under 51st item of the UN charter, while being respectful to Syria’s territorial integrity.

During the movement, no major clashes took place.

Turkish warplanes and artillery have hit 153 PYD/PKK and Daesh targets in Syria’s Afrin, so far, the Turkish General Staff said earlier on Sunday.

“Operation Olive Branch continues as planned and the ground offensive has begun” the military said in a statement on the second day of the military operation.

The military also said only terrorist targets and their positions, shelters, were being destroyed and “utmost importance” was being given to not harm any civilian.

Afrin has been a major hideout for the PYD/PKK since July 2012 when the Assad regime in Syria left the city to the terror group without putting up a fight.

The Turkish cities of Kilis and Hatay across the Syrian border are within the firing range of the PYD/PKK group from Afrin, which sits atop a hill. The terror group has also used Amanos Mountains to penetrate from Syria into Turkey.

The PYD/PKK depends on Afrin to connect to the Mediterranean from northwestern Syria. The terrorist organization has also threatened the gains made from Operations Euphrates Shield and Idlib de-escalation zone over Afrin. A quarter of Syria land and 65 percent of Turkey-Syria border are currently under occupation of the terrorist organization.

Operation Euphrates Shield began in August 2016 and ended in late March 2017 to improve security, support coalition forces and eliminate the terror threat along the Turkish border.

Turkish army fired artillery rounds throughout the night, targeting the terror nests of the terror organization in Afrin.

“108 targets, which were used as shelters, hideouts and ammunition depots by terrorist organizations PKK/KCK/PYD-YPG and Daesh in seven areas, were destroyed by the air force,” the military said in a statement late Saturday.

On Saturday, President Recep Tayyip Erdogan announced that a ground operation in Syria’s Afrin had been launched.

Across the country on Sunday, people gathered at 90,000 mosques and prayed for Turkey’s success in “Operation Olive Branch” in Afrin.

Turkey has long protested the U.S. support for the PYD — the Syrian offshoot of the terrorist PKK — and its military wing the YPG.

Washington has called the terrorist group a “reliable ally” in its fight against Daesh in Syria even though its mother organization, the PKK, is listed as a terrorist group by Turkey, the U.S., and the EU, having waged a terror campaign against Turkey for more than 30 years, killing nearly 40,000 people.

Afrin has been a major hideout for the PYD/PKK since July 2012 when the Assad regime in Syria left the city to the terror group without putting up a fight.

The rockets struck four points in two neighborhoods city center at around 01.40 (22.40GMT), according to the local governor.

Governor Mehmet Tekinarslan told an Anadolu Agency reporter that only one person suffered slight injuries in the event due to scattered glass pieces on their face.

According to unnamed security sources, the fired rockets also damaged some buildings in the area.

Police teams were sent to the area, taking security measures, the sources added.

Nearly 350,000 Kurds from Syria’s Afrin have fled to Turkey after oppression from PYD/PKK and Daesh terror groups, Premier Binali Yildirim said on Saturday.

“Afrin operation aims to end the cruelty of these PKK/PYD/YPG and Daesh terror organizations from the region,” he said.

“More importantly, it aims to ensure the safety of life and property in the southern provinces of our country.

“Recently new games are being played on our southern border. On the one hand, our supposedly allied countries have made promises to us but then on the other hand they place the PKK, YPG, PYD and Daesh terrorist organizations in the region.”

He criticized the United States for working with the PKK, an organization which is in the terrorist list of the U.S. and the European Union.

Earlier on Saturday, President Recep Tayyip Erdogan announced that a ground operation in Syria’s Afrin, a district of Aleppo near the Turkish-Syria border, which is under siege by the PYD/PKK terrorist organization, had been launched.

Addressing the AK Party’s annual provincial congress in western city of Kutahya, Erdogan said an operation in Manbij in Syria will come after Afrin because “promises made to Turkey have not been kept”.

The PYD/YPG is the Syrian offshoot of the PKK terrorist group, which has been designated a terrorist organization by Turkey, the U.S. and the EU.

Since the mid-1980s, the PKK has waged a wide-ranging terror campaign against the Turkish state in which an estimated 40,000 people have been killed.