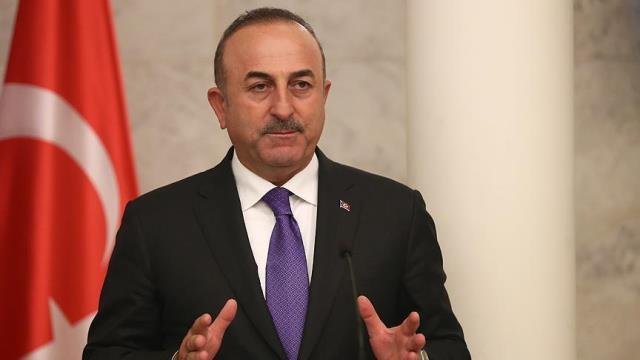 Turkish Foreign Minister, Mevlut Cavusoglu, speaking from Khartoum on Tuesday, dismissed the possibility of any cooperation deals being signed between Turkey, Iran and Qatar.

Asked about prospects for regional cooperation between Ankara, Tehran and Doha, he said: “There is no Turkey-Iran-Qatar axis.”

Turkey does not discriminate between fellow Muslim countries, Cavusoglu said, adding that Ankara had been one of the most vocal critics of Iran’s policy vis-à-vis Syria and Iraq.

“Now we have very warm ties with Sudan. Does that mean there is a Turkey-Sudan ‘axis’?” he asked.

Turkey’s main concern, he said, is to promote unity across the Islamic world, “not to sow sedition between Muslim countries as others have done”.

Ghandour, for his part, reiterated his country’s keenness to maintain Red Sea security, stressing Sudan’s readiness to cooperate with different states of the region in this regard.

He went on to point out that Turkey and Sudan had signed an agreement on Monday pertaining to Red Sea security, which, he asserted, could pave the way for stepped-up military cooperation with Ankara.

“Further military arrangements with Turkey are highly likely,” he said. “We have just signed a military agreement that could lead to greater military cooperation with Turkey in regards to the Red Sea.”

During Erdogan’s three-day visit to Sudan, which wrapped up Tuesday, the two countries signed 21 cooperation agreements covering the fields of agriculture, petroleum, industry, health, education and mining, along with military, political and diplomatic relations.