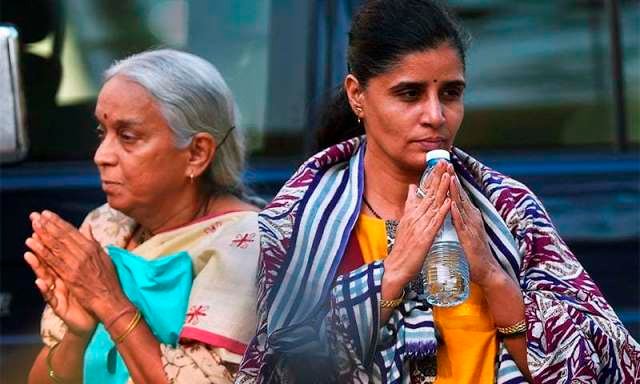 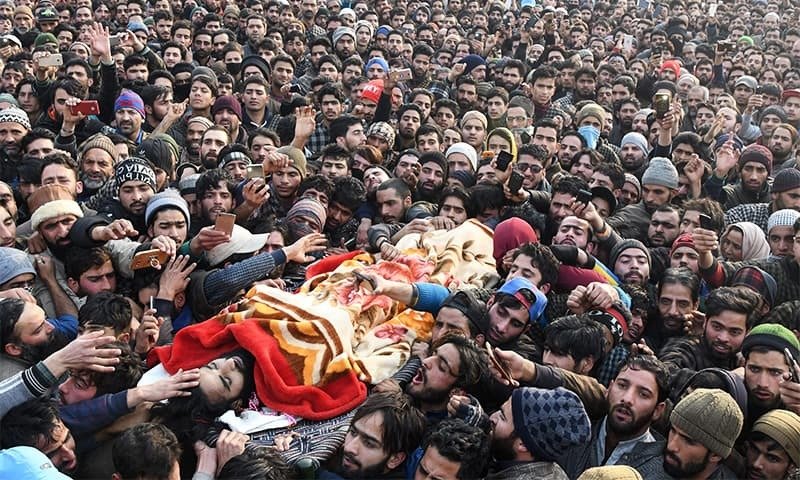 India’s Ministry of External Affairs (MEA) on Tuesday roundly criticised the meeting between Indian spy Kulbhushan Jadhav and his family members in Islamabad yesterday — arranged by Pakistan as a goodwill gesture — as an ‘exercise that lacked any credibility’.

The meeting had been granted by Pakistan to India 21 months after Jadhav’s arrest on “humanitarian grounds” and as a gesture of goodwill on Quaid-i-Azam Muhammad Ali Jinnah’s birthday.

However, “We note with regret that the Pakistani side conducted the meeting in a manner which violated the letter and spirit of our understandings,” India complained in a statement hours after Jadhav’s wife and mother met officials at the MEA in New Delhi, where they were likely debriefed.

During the trio’s meeting — arranged at the Foreign Office in Islamabad — Jadhav had spoken to his wife and mother via an intercom from across a glass screen. Foreign Office officials and Indian High Commissioner JP Singh had monitored the encounter through another glass screen.

The women had made a stop at the Indian High Commission upon their arrival in Islamabad prior to the meeting with Jadhav.

However, India complained on Tuesday that its envoy “was initially separated from family members who were taken to the meeting without informing him.”

“The meeting was started without his [Singh’s] presence and he could join only after pressing the matter with concerned officials. Even then, he was kept behind an additional partition that did not allow him access to the meeting as agreed,” the statement said.

India also described “the overall atmosphere of the meeting” as “intimidating insofar as family members were concerned.”

Despite a “clear agreement that the media would not be allowed close access” to Avanti and Chetankul, “the Pakistani press was allowed on multiple occasions to approach family members closely, harass and hector them and hurl false and motivated accusations about Jadhav,” the MEA alleged.

Additionally, the “cultural and religious sensibilities of family members were disregarded under the pretext of security precautions” the MEA complained. “This included removal of mangal sutra, bangles and bindi, as well as a change in attire that was not warranted by security.”

Jadhav’s mother was also prevented from speaking to him in their mother tongue, the MEA complained. “She was repeatedly interrupted while doing so and eventually prevented from proceeding further in this regard.”

Jadhav’s wife’s shoes were also removed “for some inexplicable reason, despite her repeated requests… not returned to her after the meeting”, the MEA claimed, adding: “We would caution against any mischievous intent in this regard.”

The MEA also claimed that “from the feedback we have received of the meeting, it appears that Jadhav was under considerable stress and speaking in an atmosphere of coercion.”

“Most of his remarks were clearly tutored and designed to perpetuate the false narrative of his alleged activities in Pakistan. His appearance also raises questions of his health and well being,” the statement read.

“The manner in which the meeting was conducted and its aftermath was clearly an attempt to bolster a false and unsubstantiated narrative of Jadhav’s alleged activities,” the MEA said.

“You would all agree that this exercise lacked any credibility.”

The Foreign Office on Monday, in a press briefing after the meeting, had played a pre-recorded video message from Jadhav thanking the Pakistani government for permitting the meeting. It also included a confession from him for his involvement in espionage.

The FO also issued medical reports that showed Jadhav is in good health, and asserted that it was not the Indian spy’s last meeting with his family.

Indian forces shot dead two suspected rebels in India-held Kashmir in clashes that also killed a young woman, police said Tuesday, as the deadliest year of the decade in the disputed territory draws to a close. Some witnesses claimed the woman was killed by police during the demonstrations, not in crossfire, though this could not be independently verified.

At least 210 suspected militants have been killed this year — the most since 2010 — amid a military campaign to rout armed groups resisting Indian rule in the divided Himalayan region.

In addition, 57 civilians and 78 security personnel have also lost their lives in violence across the conflict-wracked valley, according to police officials and watchdogs.