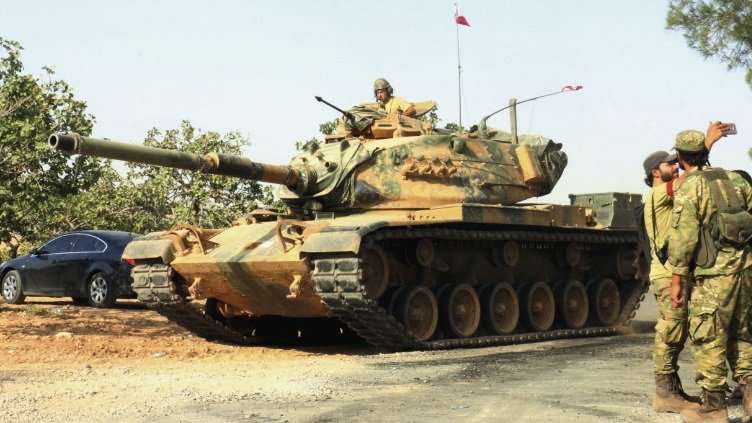 Turkish prime minister Binali Yildirim has announced that Operation ‘Euphrates Shield’ in Syria has come to an end.

“If a threat comes, Turkey can initiate more cross border operations but under a different name,” he said in an interview with Turkey’s NTV news channel on 29 March. He did not say whether Turkish forces would remain in Syria or be withdrawn.

“Thanks to the Euphrates Shield, we have secured an area of 2,015 km2 by capturing Al-Bab. [The Turkish-backed] Free Syrian Army has been settled there. Syrians in Turkey have returned and life has returned to normal,” he added.

Turkey has never said how many soldiers it has deployed to Syria but its forces have suffered about 70 fatalities in the operation, which began on 24 August 2016. Its stated aims were to clear Islamic State militants from the Turkish border and prevent the Kurdish People’s Protection Units (YPG) from linking its forces in northeast Syria with those in the Afrin region in the northwest of Aleppo province.

Ankara also indicated that it wanted Turkish forces and allied Syrian rebels to play a prominent role in taking the city of Al-Raqqah, the Islamic State’s ‘capital’, and opposed any involvement by the YPG, which it considered to be a terrorist group due to its links to the Kurdistan Worker’s Party (PKK). The YPG is also the dominant element in the US-backed Syrian Democratic Forces (SDF).

While the Turks and their allies secured Al-Bab in February after heavy fighting, their southwards advance towards Al-Raqqah was blocked by Syrian government forces advancing eastwards to the line held by SDF forces west of Manbij.

Turkish officials then threatened to attack Manbij if the YPG refused to withdraw, prompting the United States and Russia to deploy troops to the front in an apparent effort to deter escalation.