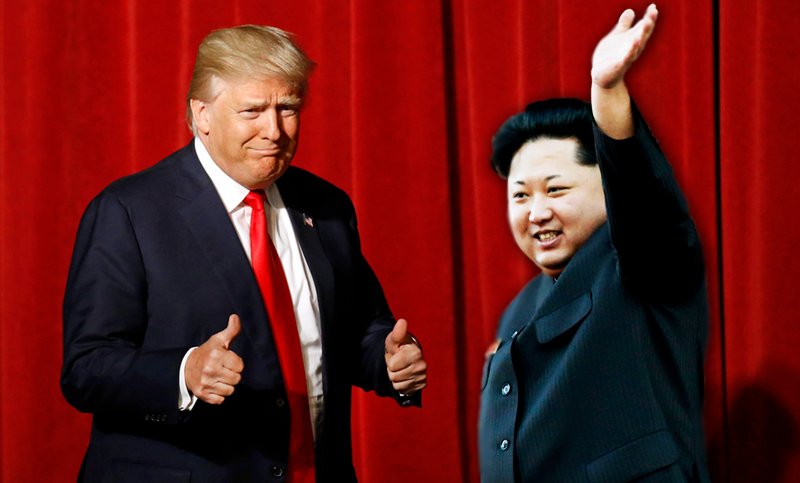 US President Donald Trump has sent Xi Jinping a clear message before the two meet in Florida later this week.

With all his customary bluster, Trump told the Financial Times that China “will either decide to help us with North Korea, or they won’t,” and if Beijing decides not to, “it won’t be good for anyone.”

This is standard Trump: an aggressive opening salvo designed to give the US a competitive advantage over Xi Jinping. Faced with a fuzzily-worded ultimatum, the Chinese leader will be on the back foot when the two come face-to-face at Mar-a-Lago.

Certainly, there is a world in which this is a diplomatic masterstroke. In that world, the leader of the US declares that he is ready to take unilateral action against North Korea — which may include imposing secondary sanctions on Chinese banks and other companies suspected of aiding North Korea.

Accordingly, Xi Jinping concludes that China’s main policy goal of ensuring stability along its borders is best served by “helping with” North Korea, which means that Beijing comes down harder on the regime in Pyongyang than it has ever done before.

Thereafter, all the actors in Northeast Asia fall into lockstep against the Kim Jong Un regime, which buckles under the pressure and returns to the negotiating table.

However, that is probably not the world in which we live. North Korea is not the kind of problem that can be resolved unilaterally, no matter how much Donald Trump might wish it were, which leaves his aggressive rhetoric sounding a little empty.

The US President has fired a warning shot that Beijing won’t feel obliged to heed for the simple reason that it isn’t terribly credible, not to mention that his lack of clarity will have sent shivers down the spine of the Korean peninsula.

Trump is right that progress on the North Korea question requires the active cooperation of China. To that extent, he has selected the right target. However, North Korea is not a standalone problem; it is one piece of a much bigger geostrategic jigsaw.

There are several pending diplomatic pressure points between the US and China, all the way from Korea to Taiwan and onward to the South China Sea.

China is not about to act bilaterally on the Korea question without a quid pro quo elsewhere. Unless Washington is ready to end its support for Taiwan, say, or cede control of the high seas west of the Philippines — a truly historic “grand bargain” that would destabilize the region.

South Korea can ill afford to hear this kind of talk. Next month’s presidential election seems set to bring a liberal back to power for the first time in 10 years.
No doubt the country would like a US administration that, though inevitably unenthusiastic about engagement with Pyongyang, would at least not actively hamper Seoul’s attempts to jaw-jaw.
Instead, Seoul will be worried that Washington and Beijing might be about to go over its head. This is destabilizing.

This same sense of existential angst is only going to encourage North Korea — a master at playing in the interstitial space between Great Powers — to conduct another nuclear test, its sixth.

North Korea will likely conduct a sixth nuclear test no matter what the Trump administration says or does. The door to denuclearization closed many years ago. To that extent, antagonizing the Kim regime is neither here nor there. But it is only worth doing that with a clear and moreover achievable goal in mind. Not for the first time, Trump has neither.

(Christopher Green is a researcher at Universiteit Leiden in the Netherlands and one of the senior editors of Sino-NK, a digital periodical dealing with Northeast Asian affairs. The opinions in this article belong to the author)