US Urges China To Take ‘Action’ Against North Korea, ‘If Not, Won’t Be Good For Anyone’ 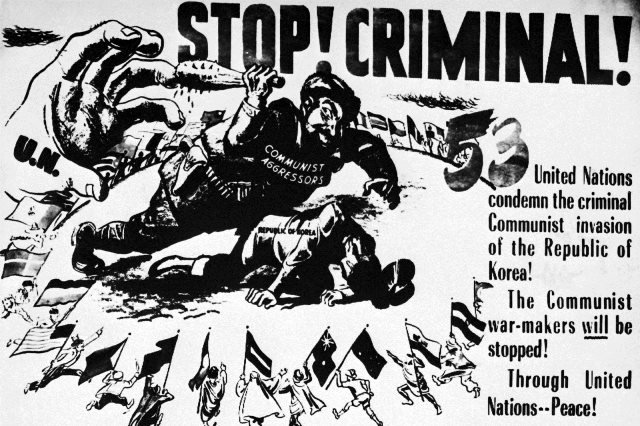 President Donald Trump of United States of America warned in an interview published Sunday that the United States is prepared to act unilaterally to deal with North Korea’s nuclear program if China proves unwilling to help.

“Well, if China is not going to solve North Korea, we will. That is all I am telling you,” he said in an interview with the Financial Times of London.

Trump’s comments come ahead of his meeting Thursday and Friday with Chinese President Xi Jinping at the US president’s Mar-a-Lago resort in Florida.

Tensions have risen sharply as North Korea has stepped up ballistic missile tests and amid boasts by leader Kim Jong-un that his country was in the final stages of developing an intercontinental ballistic missile.

US-based analysts have warned that North Korea appears to be preparing a new nuclear test. It has staged five nuclear tests so far, two last year.

“China has great influence over North Korea. And China will either decide to help us with North Korea, or they won’t,” Trump told the Financial Times. “If they do, that will be very good for China, and if they don’t, it won’t be good for anyone.”

In a separate interview, US ambassador to the United Nations Nikki Haley said the United States is looking to China to take action against North Korea.

“The only country that can stop North Korea is China and they know that,” Haley told ABC’s “This Week” in an interview broadcast on Sunday. “We’re going to continue to put pressure on China to have action.”

The Mar-a-Lago meeting will be the two leaders’ first face-to-face encounter.

On Thursday, Trump predicted a “very difficult” summit with Xi, noting the disputes over trade policy between the world’s two most powerful nations and leading economies.

But Haley emphasized that at the Florida meeting “the most important conversation will be how we’re going to be dealing with the nonproliferation of North Korea.”

Beijing, increasingly frustrated with Pyongyang’s nuclear and missile activities, has announced a suspension of all coal imports from the North until the end of the year.

Haley deemed that measure — which was in keeping with UN sanctions against North Korea over its nuclear program and missile program — insufficient, saying that coal is “going in other ways.”

“At some point, we need to see definitive actions by China condemning North Korea and not just calling them out for it,” she said.

Since taking office, Trump has left open the possibility of military action against North Korea.

Former US defense secretary Ash Carter, who served under Barack Obama, said the US has “always had all options on the table.”

Also speaking on ABC, he recalled that the United States drew up a “preemptive strike plan” in 1994 to knock out North Korea’s Yongbyon reactor, during a confrontation over its nuclear program.

“We have those options,” he said. “We shouldn’t take them off the table.” But he said a US strike on North Korea would likely trigger a North Korean attempt to invade South Korea.

“This is a war that would have an intensity of violence associated with it that we haven’t seen since the last Korean War,” he said. “Seoul is right there on the borders of the DMZ, so even though the outcome is certain, it is a very destructive war. And so one needs to proceed very carefully here.”

He said Washington should continue to pressure China to lean on North Korea, but he was not optimistic that would lead to anything.

Beijing fears a potential North Korean collapse, which would result in “a unified Korea allied with the United States on their border,” Carter said.

Doha, 25 June 2022 THE Embassy of Nepal and the Non-Resident ...
END_OF_DOCUMENT_TOKEN_TO_BE_REPLACED