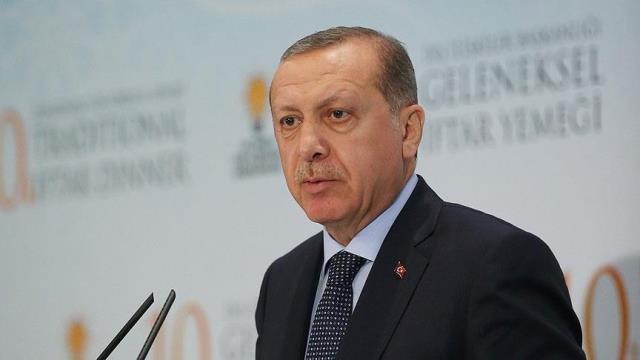 Turkey’s President Tuesday voiced disapproval of the sanctions on Qatar in the wake of several Arab countries severing diplomatic relations with Doha.

“I want to clearly say that we disapprove of the sanctions on Qatar,” Recep Tayyip Erdogan said.

“These developments, coming at a time when we need solidarity and cooperation more than ever, are no good for any country in the region.”

Erdogan’s remarks came as he addressed a fast-breaking iftar dinner organized by his ruling Justice and Development (AK) Party in the capital Ankara.

Tuesday the president also continued his diplomatic efforts to defuse tensions between Qatar and the countries which have accused it of supporting terrorism.

Earlier on Monday, Saudi Arabia, Egypt, the United Arab Emirates, Bahrain and Yemen cut links with Qatar, in the worst rift in years among major states in the Arab world.

Qatar says the “baseless” allegations that it supports terrorism are being used to tarnish the image and unity of Gulf states.

Erdogan told the leaders that regional problems should be solved through dialogue, said the sources, who spoke on condition of anonymity due to restrictions on speaking to the media.

If needed, Turkey stands ready to do whatever it can, Erdogan said.