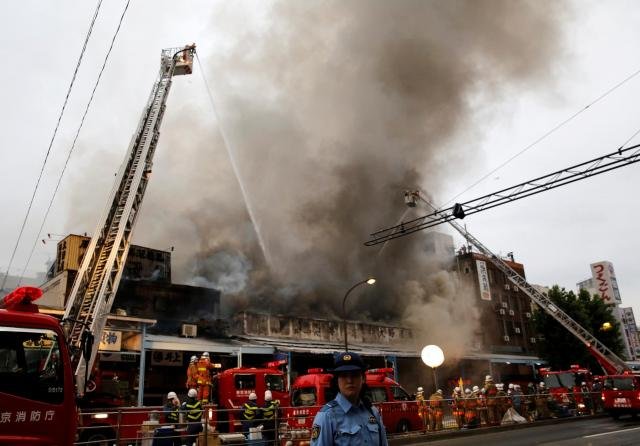 A major blaze has broken out at Japan’s world-famous Tsukiji fish market in Tokyo.

Dozens of firefighters and 30 fire trucks are at the scene of the fire, which broke out at around 0500 PM on Thursday, or 8am GMT.

Tsukiji is the largest wholesale fish and seafood market in the world and one of the Japanese capital’s most popular tourist spots, drawing tens of thousands of visitors each year.

Clouds of smoke were seen billowing into the air and flames leapt from the sides of the market. According to local reports, no one is thought to be trapped or seriously injured.

The blaze broke out in the outer area of the Tsukiji market, where visitors are welcomed to browse, buy and eat freshly-caught seafood and sushi.

It ripped through four buildings but fortunately did not reach the inner part of the fish market, where wholesalers and morning tuna auctions are based.

Witnesses at the scene described the seriousness of the fire, as pictures showed firefighters using cranes to target the fire from above.