TRNC: Tatar Says ‘We Insist On Continuing As Turkish Cypriot State, But Ready To Cooperate and Negotiate’ 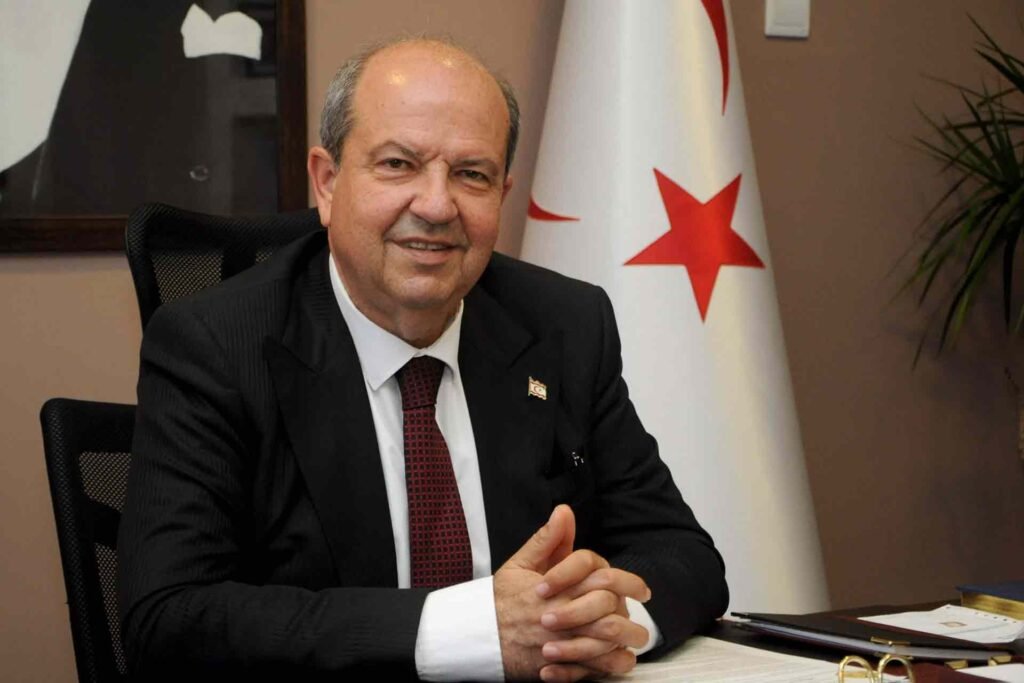 Turkish Cypriot President Ersin Tatar has said that ‘As the Turkish Cypriot side, we insist on continuing with our own state, but we are ready to cooperate and negotiate’.

According to an official statement issued today from the Presidency, President Ersin Tatar who was the guest of the TRT World Channel stated that he had a fruitful meeting with the UN Secretary-General Antonio Guterres’ Special Envoy to Cyprus, Jane Holl Lute, and he will put forward the views which were supported by the TRNC and Turkey at the informal meeting to be held in Geneva and that they are determined about sovereign equality.

Tatar said, “Everything that was on the table so far was a federal structure. Now we are talking about two different equal states that exist side by side on the island of Cyprus, cooperating on various issues, on the basis of sovereign equality. If we get a result, all Cypriots, including Greek Cypriots will benefit because there is a lot of potential for mutual gain through agreement.”

“We are ready to do our best for the peace that has existed on the island since 1974. There were no problems and no blood has been shed from 1974 to the present day. Therefore, it is very important to maintain this peaceful environment. Hence, we must see the facts in Cyprus. The facts in Cyprus basically show that we will continue our way with two equal states”

Stating that if a settlement cannot be reached both Turkish Cypriots and the Greek Cypriots will proceed separately in their own way, President Tatar said that he felt safe with the full support of the Republic of Turkey which is the motherland, a guarantor country, and the leading country in the Eastern Mediterranean.