Tillerson to Meet Lavrov in Philippines This Weekend 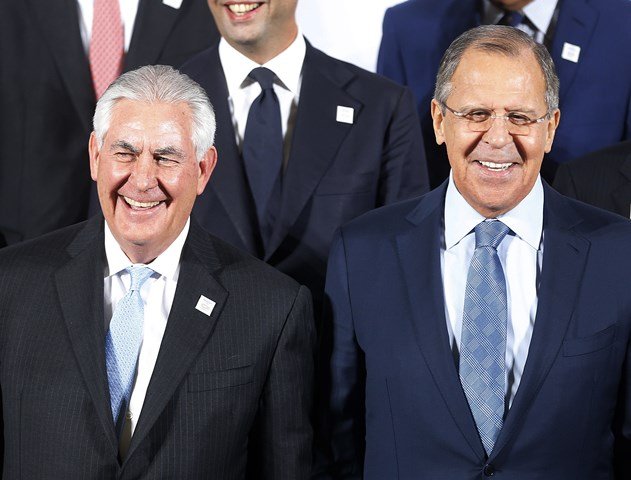 US Secretary of State Rex Tillerson said on Tuesday he planned to meet with his Russian counterpart Sergey Lavrov in person in the Philippine capital Manila over the weekend.

“I will be meeting face-to-face with Foreign Minister Lavrov this weekend on the margins of the (ASEAN and East Asia Summit) meetings in Manila,” Tillerson told reporters on Tuesday.

The US top diplomat added that he and Lavrov had a phone conversation after Moscow demanded that Washington reduce the number of diplomatic and technical staff in Russia by September 1.

“He and I have already spoken. I would say, our conversation following the actions has been professional, there’s been no belligerence,” he continued. “I think, Foreign Minister Lavrov and I understand our roles, we understand our responsibilities, and I think he’s as committed as I am to trying to find ways that we can bring this relationship back closer towards one another.”

At the same time, Tillerson added that Moscow’s move would affect the US Department of State’s work in Russia. “Does it make our life more difficult? Of course it makes our life more difficult,” he said.
Last week, the US Congress passed a bill to toughen the unilateral US sanctions against Russia, Iran and North Korea. The White House said U.S. President Donald Trump had familiarized himself with the final version of a bill and planned to sign it into law.

On July 28, the Russian foreign ministry demanded that by September 1 Washington reduce the number of diplomatic and technical staff at the US embassy in Moscow and its consulates general in St. Petersburg, Yekaterinburg and Vladivostok, in order to match the number of Russian diplomatic personnel working in the United States. It means that the total number of US diplomatic personnel is to be cut to 455. In case the US takes further unilateral steps to cut Russian diplomatic staff, retaliatory measures will follow, the Russian foreign ministry warned.

In an interview with VGTRK host Vladimir Solovyov, President Vladimir Putin said as many as 755 US diplomats are to leave Russia.

The Russian Foreign Ministry said if Washington takes new unilateral measures to reduce the number of Russian diplomats in the United States, a symmetrical response would follow.

Apart from that, Russia closed access to the US embassy’s compound in Serebryany Bor and storage facilities in Moscow from August 1.