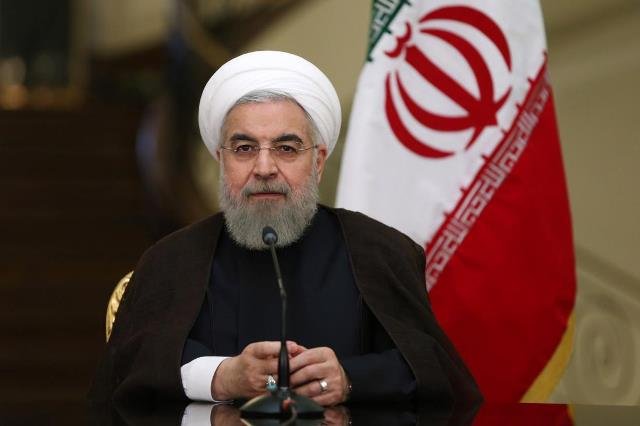 Supreme Leader of the Islamic Revolution Ayatollah Seyyed Ali Khamenei in a ceremony here on Thursday endorsed the Iranian president-elect, Hassan Rouhani, who won the majority of votes on May 19 presidential elections.

Heads of the three branches of power in Iran, military officials, Ulema, academics and an array of foreign ambassadors and representatives attended the ceremony at Imam Khomeini Mosque in Tehran.

After the president-elect’s endorsment by the Leader, he will attend the oath-taking ceremony in Majlis (Parliament) on August 5.

Under the Article 110 of the Constitution of the Islamic Republic of Iran, the ninth authority and responsibility of the leader is ‘signing the appointment of the President of the Republic, after his election by the public. The qualifications of the candidates for presidency, with respect to the conditions set forth by the constitution, must be confirmed by the Guardian Council prior to the general elections and approved by the leader for the first term.’

Then, the re-elected president will take office officially and start his mission to serve the people and the system.

According to the Article 121 of the Constitution of the Islamic Republic of Iran, the Iranian President must take an oath during a ceremony in the presence of the Judiciary chief and the members of the Guardian Council.

Article 121 says that the President of the Islamic Republic must take the following oath and add his signature to it.

The text of the oath is as follows:

In the Name of Allah, Most Gracious, Most Merciful

As President of the Republic I take an oath, before this glorious Qur’an and the Iranian nation, on God the exalted and the powerful, that I will guard the official religion of the country, the order of the Islamic Republic, and the constitution. I will employ all of my capabilities and qualifications toward fulfilling the responsibilities that I have undertaken. I will devote myself to the service of the people and the advancement of the country, dissemination of religion and morality, and protection of truth and justice. I will avoid any form of autocracy and will protect the freedom and dignity of the individuals and the rights that the constitution has granted the nation. I will not withdraw from any endeavor toward safeguarding the borders and the political, economic, and cultural independence of the country. By seeking help from God and following the Prophet of Islam and the Immaculate Imams, peace be upon them, I, like a wise and devoted trustee, will cherish as a sanctified trust, the power that the nation has bestowed upon me, which I will transfer to the person whom the people elect after me.

20 January 2022 By Ashraf Siddiqui More than 7,000 books of different ...
END_OF_DOCUMENT_TOKEN_TO_BE_REPLACED