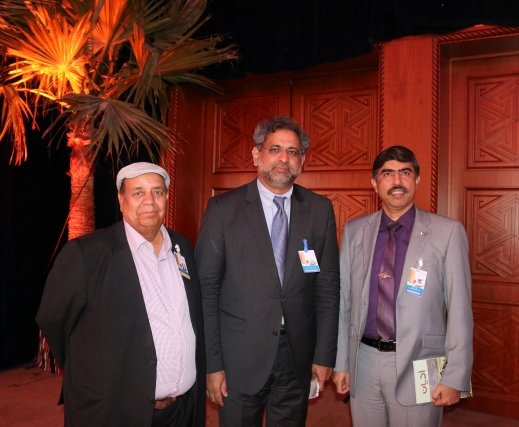 Ruling Pakistan Muslim League is headed by ousted Prime Minister Mohammad Nawaz Sharif who was disqualified recently by Supreme Court verdict on not disclosing of his residence permit of United Arab Emirates at the time of submitting his papers contesting as member of the parliament. Supreme Court of Pakistan decision is under debate by senior lawyers in the country on its justification.

Upon his election as Leader of the House, Shahid Khaqan Abbasi said in his address that there is much bigger court up where he along with other colleagues will witness that Nawaz Sharif has never been involved in any kind of kick backs or financial corruption since long years they have have been working with ousted Prime Minister Mohammad Nawaz Sharif.